Digs took place on the 2nd and 3rd of June at Hollowforth.  More of the site was taken down to natural.  A possible corridor (or at least an area that had floorboards) down the west side was discovered.  This is open to re-interpretation!  One more "Big Dig" should see this site complete.

We'll try to keep this section up to date but dig info is also usually sent out by email so if you'd like to be involved make sure your address is registered with Wyre Archaeology.

Wyre Archaeology is a group that focuses primarily on field work. Most of our meetings consist of reporting back on digs and discussion but we do have occasional guest speakers. A contribution of £1.00 is requested on these occasions.

We currently meet at The River Wyre pub, Breck Road, Poulton on the 3rd Wednesday every month at 7.00pm. Visitors are welcome but if you're interested in practical archaeology and would like more information, please contact the Secretary at This email address is being protected from spambots. You need JavaScript enabled to view it.

Summer meetings may include some basic training in archaeological skills, some of which may be field based.

Research notes - not for publication

Most of the information on Cottam mill seems to be hidden in the mists of time. The "Bonney" family appear to be the owners/occupiers in the mid to late 17th century. William Bonney was the occupier at the time of his death (1708) and, possibly, Robert Bonney who died in 1662, was also living in Cottam.  The first map discovered , is dated 1819, when the estate was sold. 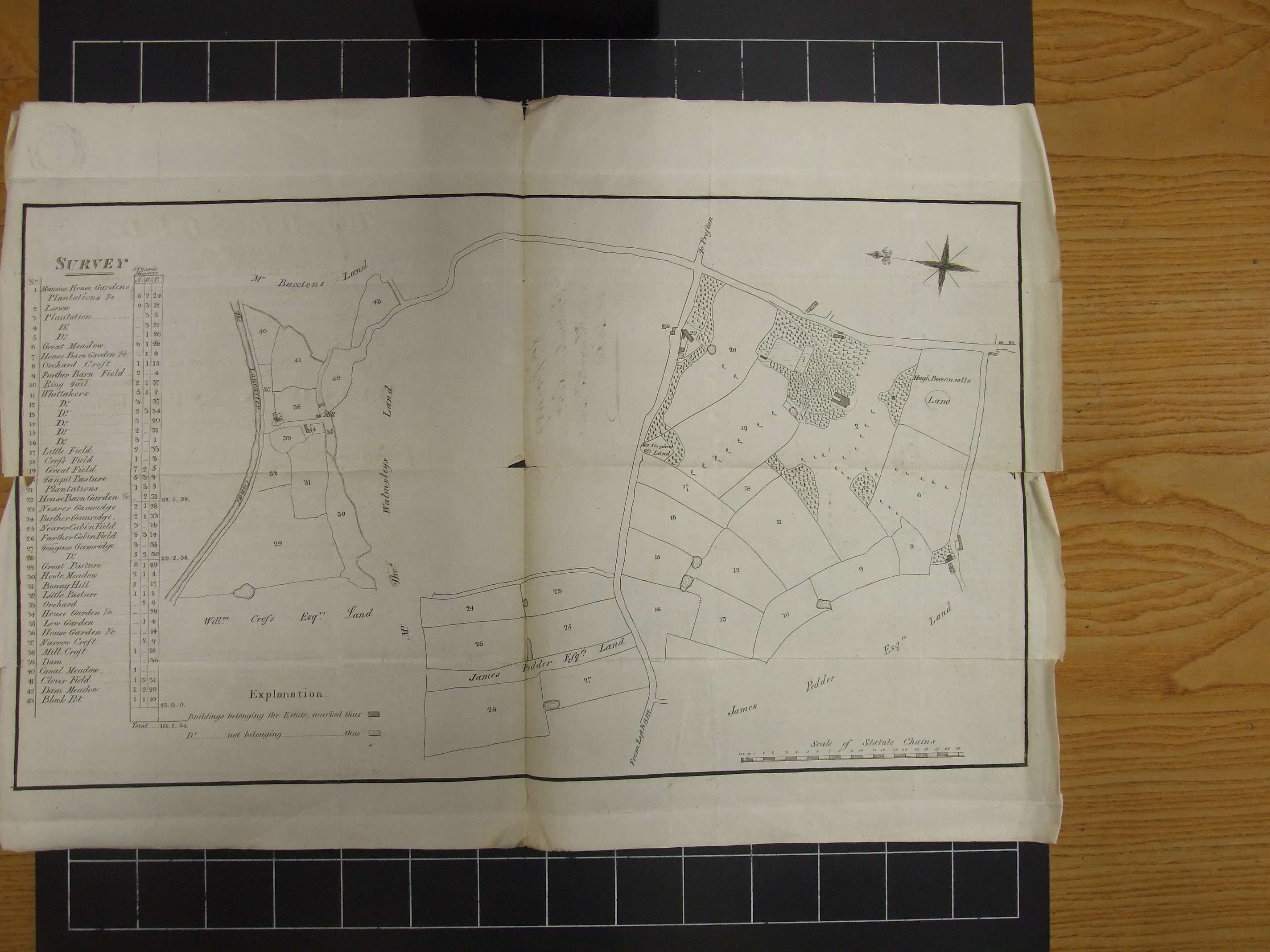 A more detailed view is shown below.  The brook and the leet appear to come back together slightly further downstream when compared to the present. 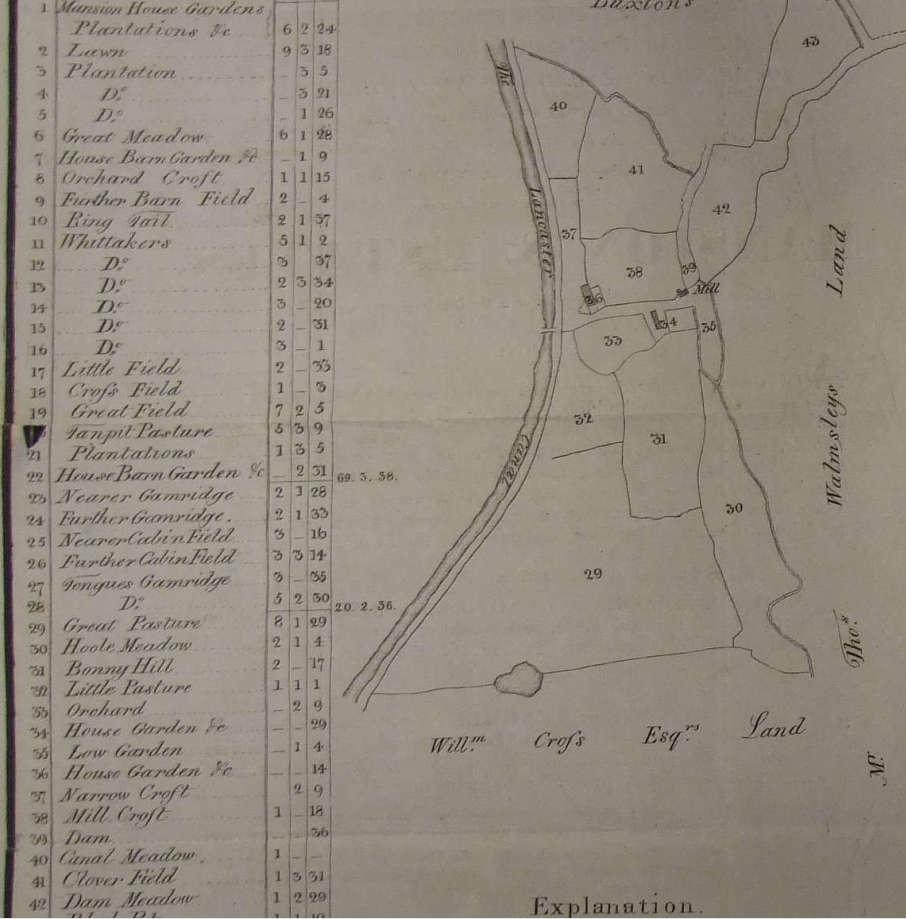 The above map, courtesy of Lancashire Archives (DDPR 129/7) shows the land being sold by the estate of Thomas Starkie Shuttleworth in 1819. The burial of Thomas took place on the 31 Aug 1819 at St Johns, Preston. He was aged 45. Part of the map covers the sale of Cottam Mill.

The modern view has the mill completely refurbished but the mill cottage comparatively unaltered.  First the brook upstream where the leet comes off. 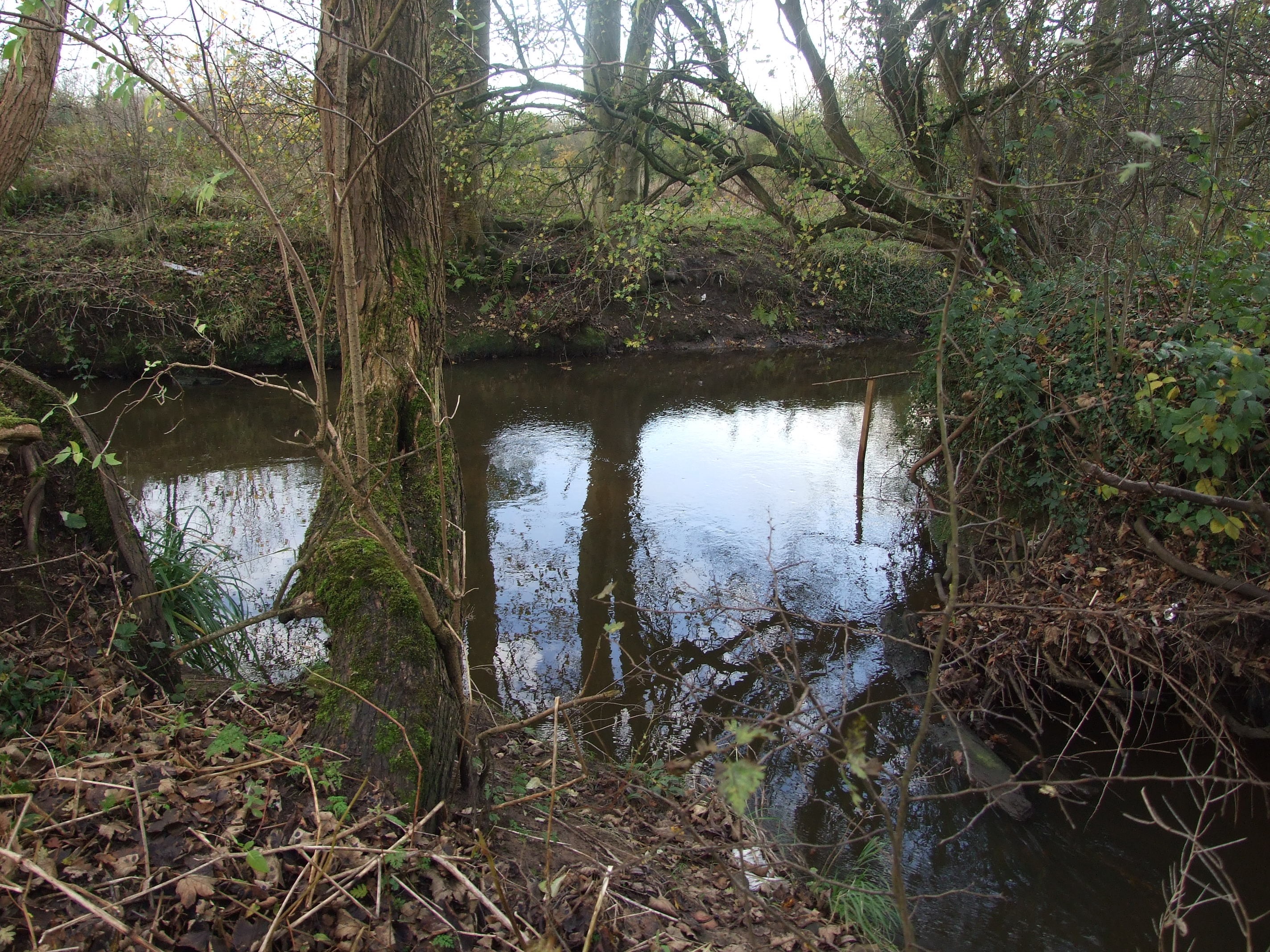 When the water level was lower the old weir becomes visible. 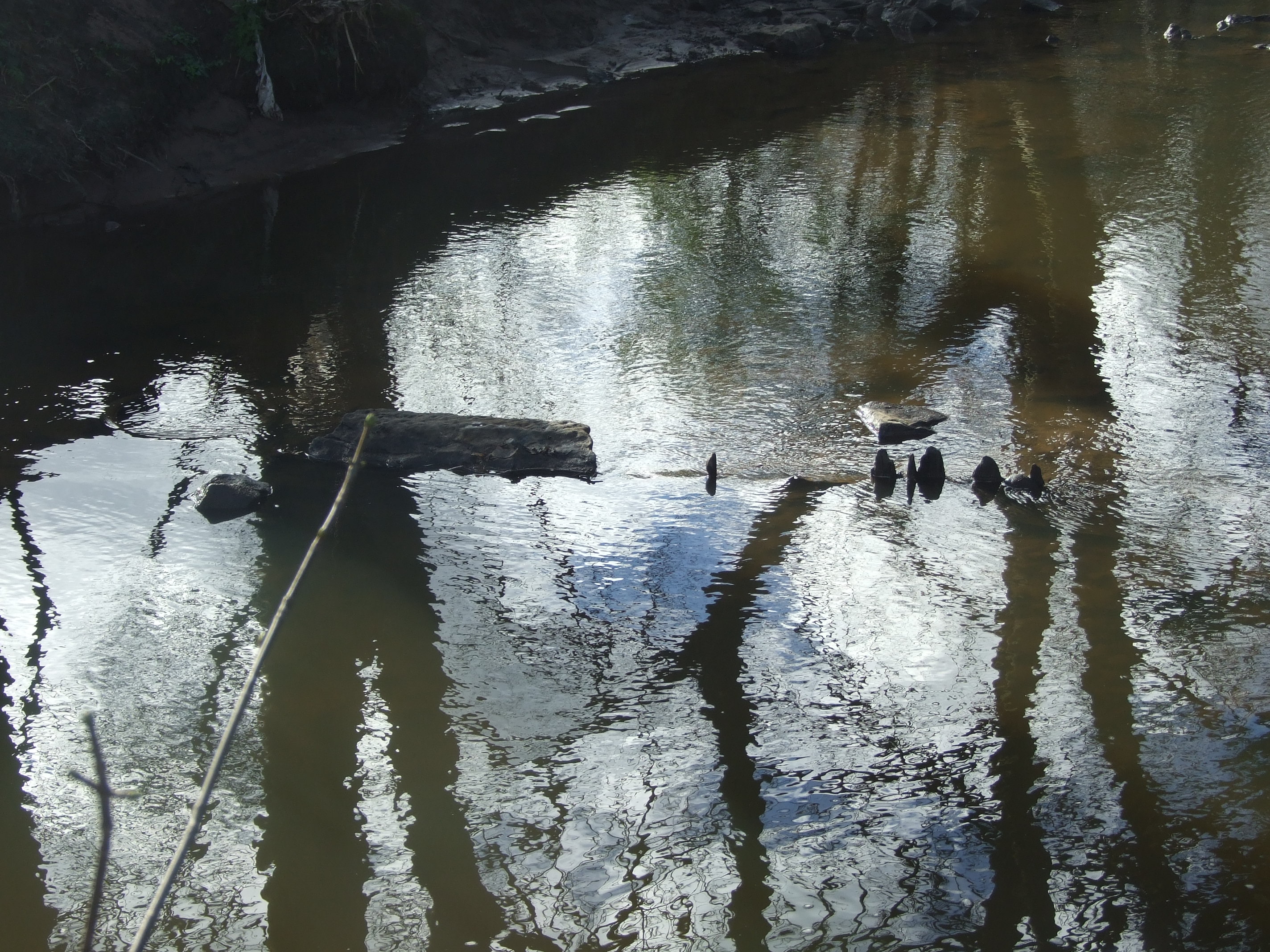 And later it comes back together after the mill. 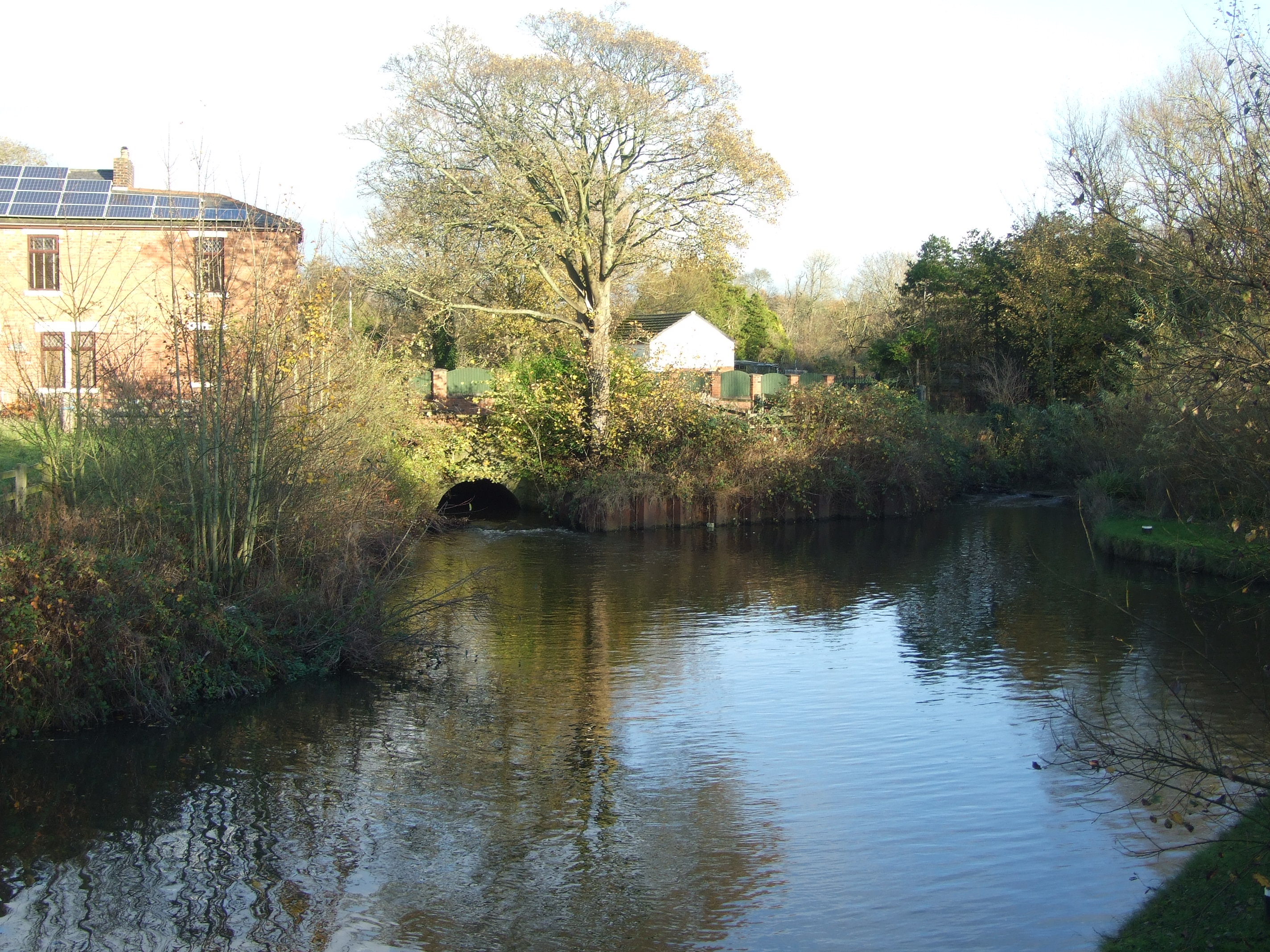 The mill cottage and mill. 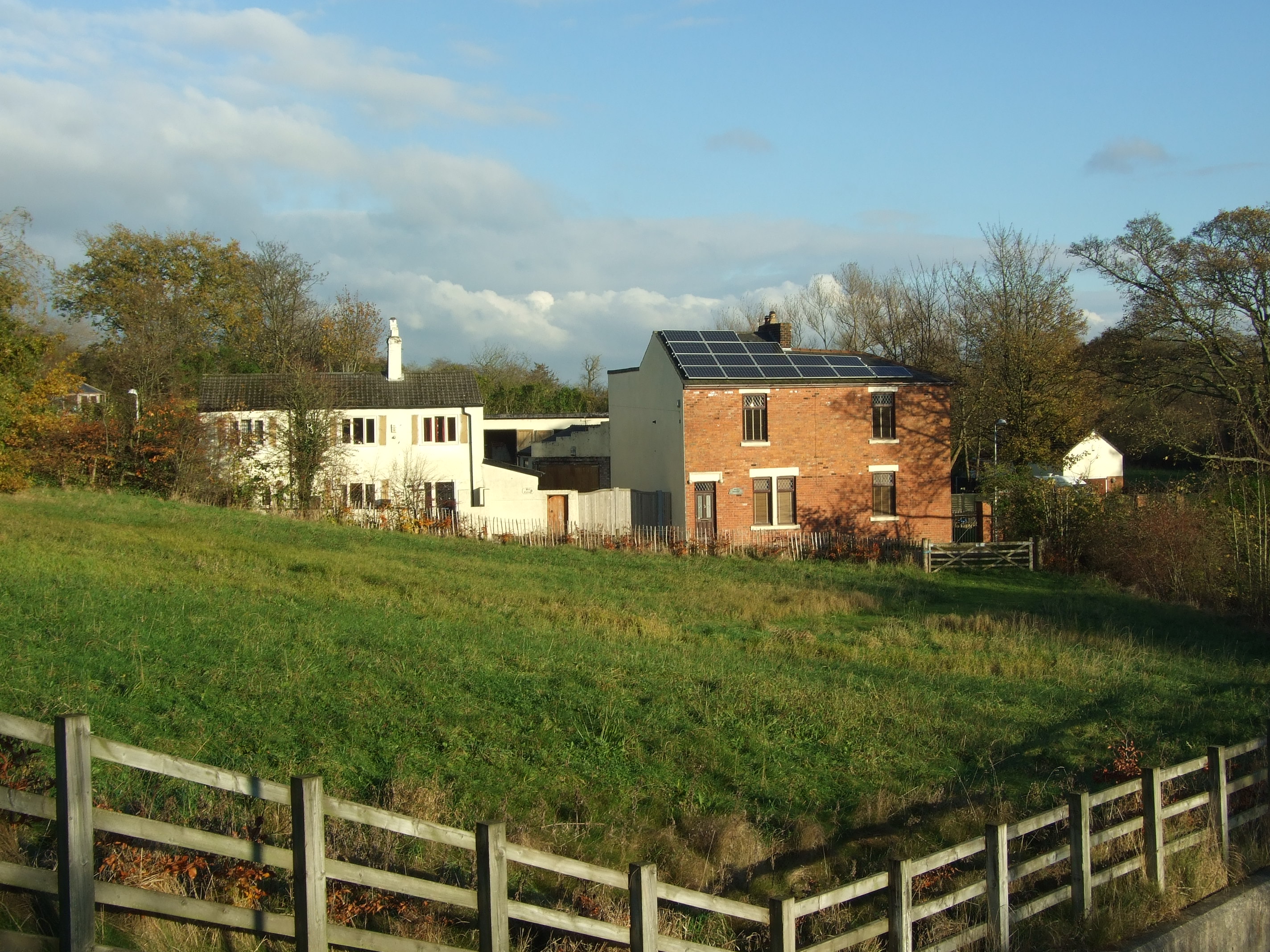 This article is targeted on the last days of the Foudroyant which foundered off the Fylde coast in 1897.

The earlier part of the story of the Foudroyant can be found here.

The Board of Trade report on the foundering of the Foudroyant contains the following:

On the 4th June, the Foudroyant was towed from Liverpool to Blackpool.  It was intended that the Foudroyant should be a tourist attraction and would visit several resorts around the coast.

On the 16th she broke a cable in a gale and, at the subsequent hearing, the acting master, William John Robins, supplied the following information.

The ship was based in Liverpool; owned by G. Wheatley Cobb, rigged as a ship and built of wood in Plymouth in 1798.  The crew consisted of 27 including the deponent. It had a draught of 19ft 6in forward and 22ft 6in aft.  He also states that the ship carried 60 cannons in three tiers but many of the reports at the time seem to contradict this.

He gave a statement of voyage previously to the casualty. That the said ship was between 3 and 4 miles off Blackpool anchored between the central and north piers by the port anchor of 95 ( c with vertical line) and 60 fathoms of 1+7/8 in cable in 5 fathoms at low water. At 3am on the 16th inst the wind blowing a gale from the S by W the starboard anchor of 95 c was let go with 30 fathoms of cable.

On Wednesday the 16th of June at 5:30am , the tide at the time being low water, the weather squally and the wind S by W blowing a gale, the said ship parted the starboard cable at the hawse pipe and the vessel commenced to drag towards the shore. She continued to drag at intervals and at 10 am the stern touched the ground and the foremast snapped close to the deck. The bowsprit and head gear going at the same time. Some time afterwards, the vessel bumping heavily, the main mast snapped close to the deck. The seas were breaking over the vessel and as the tide rose she gradually drove higher up the beach and is now 300 yards to the north of the North pier Blackpool with her head to the north drying at low water. The crew were landed by Blackpool lifeboat at 2:30pm

The master, owner and 26 crew were saved by lifeboat.

Cause. The port anchor failing to hold.

Another document gives the figure for scrap copper of £58 per ton.

Another outcome of the wrecking of the Foudroyant can be found in the case (Aug 1897 - Liverpool?)  of Cobb v Beecham* and Challinor - Lobb being the owner of the Foudroyant.  It seems that Challinor had boarded the wrecked ship and daubed in letters 3 foot high and 2 foot wide the words "England expects every man to do his duty and take Beecham's pills".  Challinor claimed he had misread a communication from Mr Beecham and was fined 40s.  The verdict against Mr Beecham was a £50 fine.  Beecham appealed against the verdict.

*Probably by this time this would be Sir Joseph Beecham the father of Thomas Beecham the conductor.

By May, 1898 there were still claims and counter-claims.  Blackpool Corporation for getting the wreck off the beach and damage to some of their works.  The owners counter-claimed for return of portions of the wreck.