A pinfold (OE. pundfald) is an enclosure for cattle or other animals that have been found roaming the streets or trespassing on land for which the owner of the animals does not have permission.  The animals would then be restrained in the pinfold until the owner redeemed them - normally by paying a small fine. Pinfolds were found in towns and villages from, at least, the middle ages onwards.  The Fylde was no different and it appears that all of the existing pinfolds have had major renovation.  This isn't surprising and, given the nature of the structures, all of them would need regular maintenance.

The first mention I can find that refers to a pinfold occurs in the Clifton Court record for 1677 where John Charnley is fined 12d for laying carrion in the pinfold.  The following year, James Clifton was fined for breaking the pinfold.

The first record of a pinfold in the Kirkham area appears in the "History of Kirkham in Amounderness" by R Cunliffe Shaw.  In it he mentions that, around 1286 at Ribby, strays were received from Amounderness.  In the same book he mentions that the pinfold was on Moor lane and, by 1872, had gone into misuse and was sold.  The image below shows the position of the original fold. 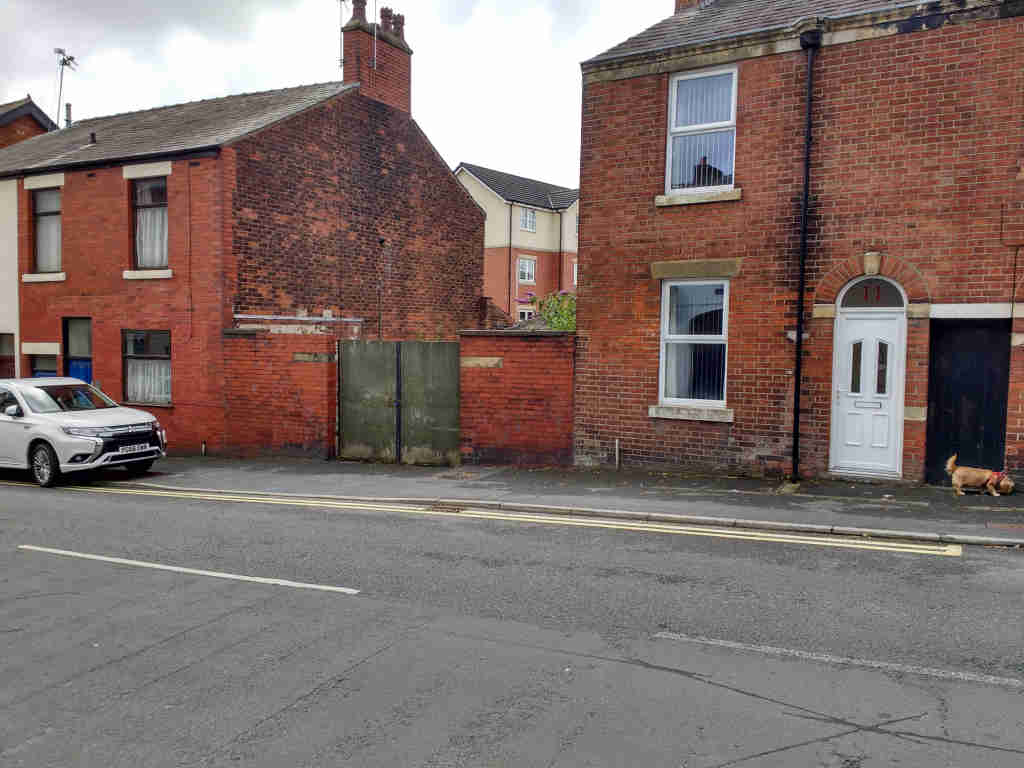 In 1902 the pinfold land was conveyed to the trustees of Wrea Green Endowed school from Evan Ainsworth.  This would have been across Station road from the Grapes pub.

Pilling pinfold appears on a map of 1734 and on the OS map of 1845.  By 1893 it has disappeared. Adjacent to the footpath opposite the Old Shop Inn on School lane.

Of the 38 pinfolds in the western part of Lancashire only four survive (as of 1997) - Out Rawcliffe, Ellel, Slyne and Broughton.

In 1997 Pilling Parish Council resolved that part of the village history should be re-built, in the Pinfold, which could form part of the local history projects for local schools.  Funds were secured….re-opening on the 26th September, 1997. 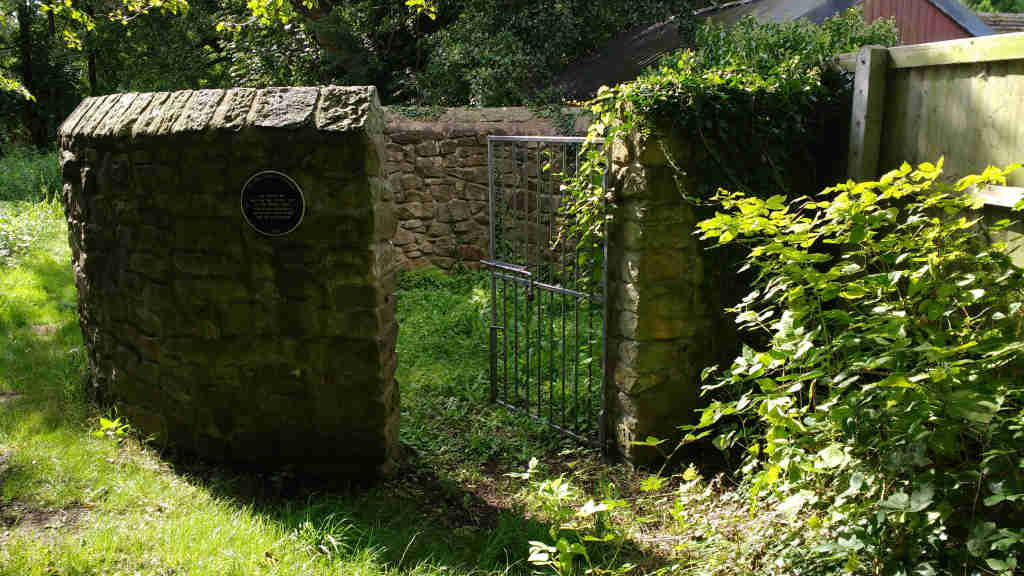 For a full description of this pinfold go to Broughton pinfold

This pinfold still exists but, probably, in a cut down form.  Found on the western end of the main street. 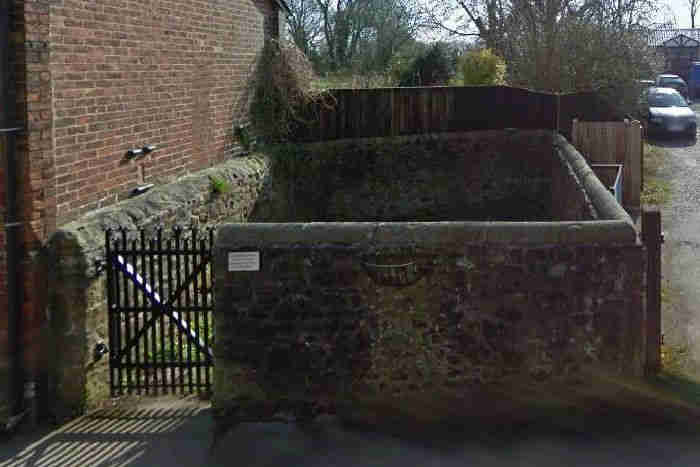 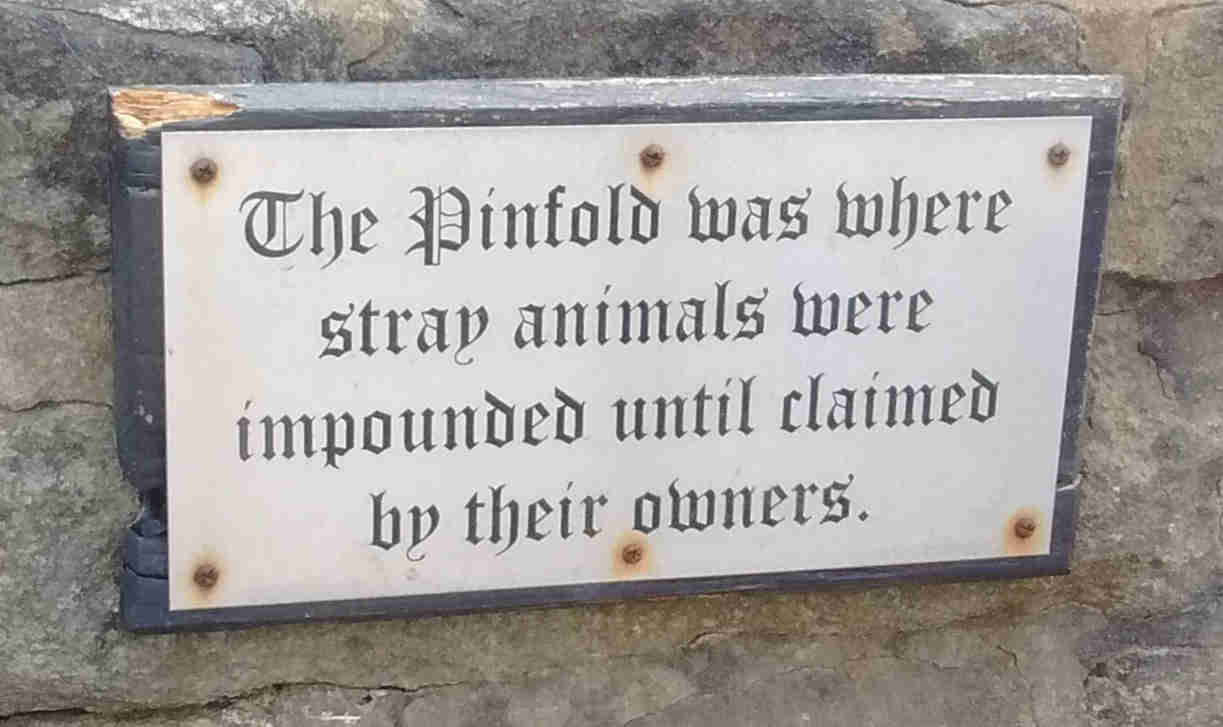 Although it never appears on any of the OS maps, supposedly there was a pinfold on wasteland in Back lane (now Chapel St) between the Thatched house & St Chads.

In Porter's "History of the Fylde of Lancashire" he mentions a quadrangular pinfold made of cobbled stones near the entrance to Lytham Hall.  Also there is a similar description of cobbled pinfold, this time circular, close to the centre of Blackpool.

Attached is a section of the Layton with Warbreck Tithe Map of 1838, showing the area once known as Lower Blackpool, but which is now the junction of Chapel Street and the Prom near Central Pier. Plot 254 is “Pinfold and Waste”, then owned by Sir P. H. Fleetwood and occupied by Thomas Warbreck. In 1851, Robert Bickerstaffe built the Wellington Hotel on the site of the Pinfold. The pub was largely rebuilt in the early 1950s. 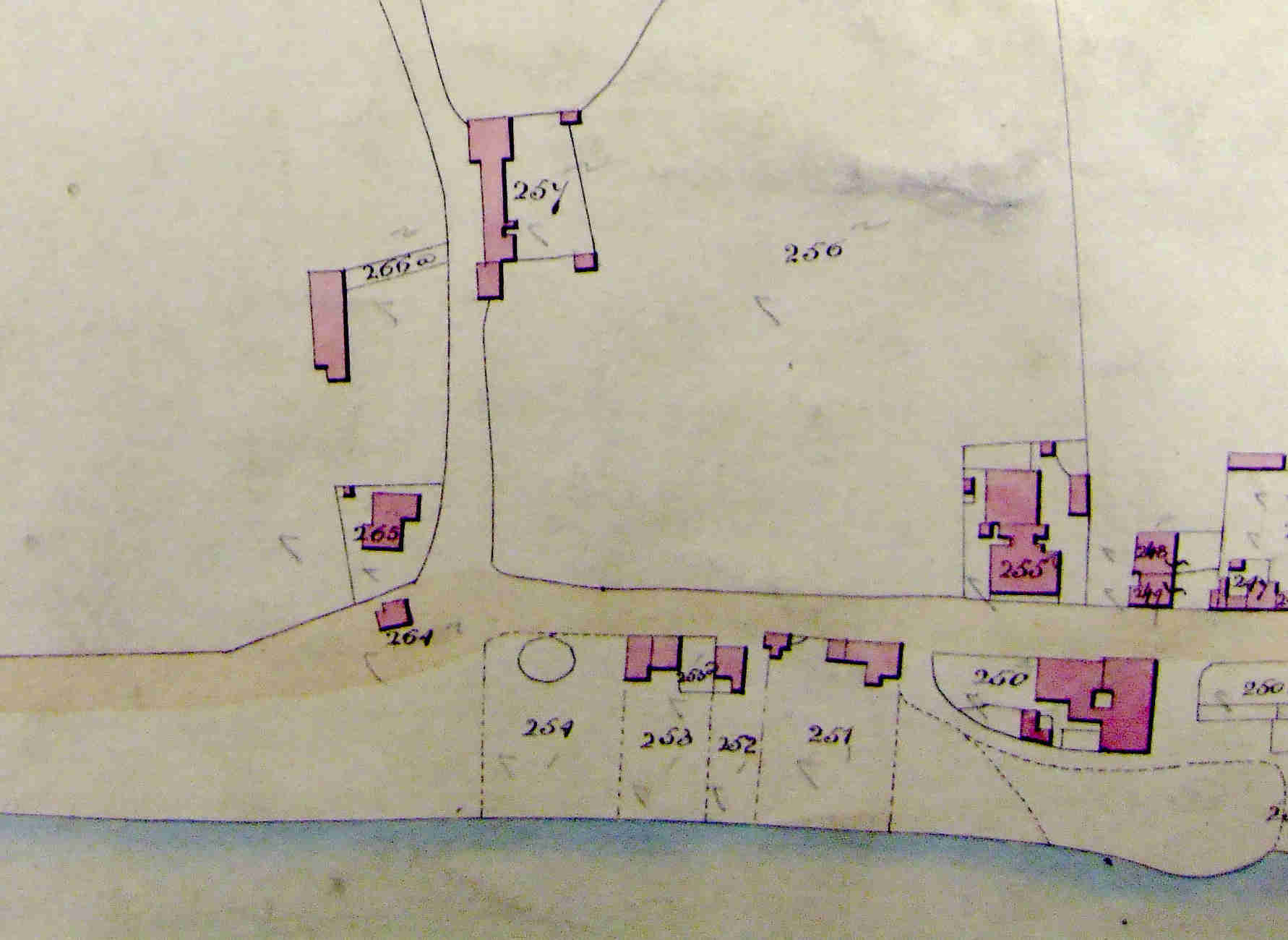 Fortunately, photographic records exist for this pinfold.  The earliest one, taken by John Maynard Tomlinson around 100 years ago, shows the fold away from any habitation.  It could well have still been in use at this time. 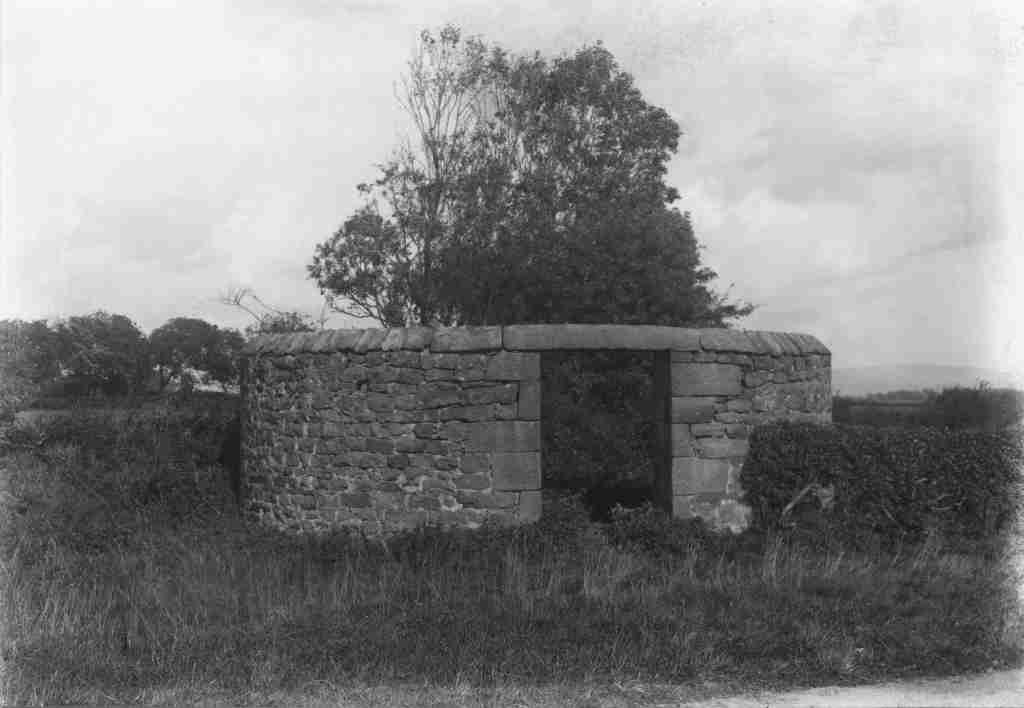 The next image, from around 50 years ago, shows that "civilization" in the form of telegraph poles encroaching around the fold. 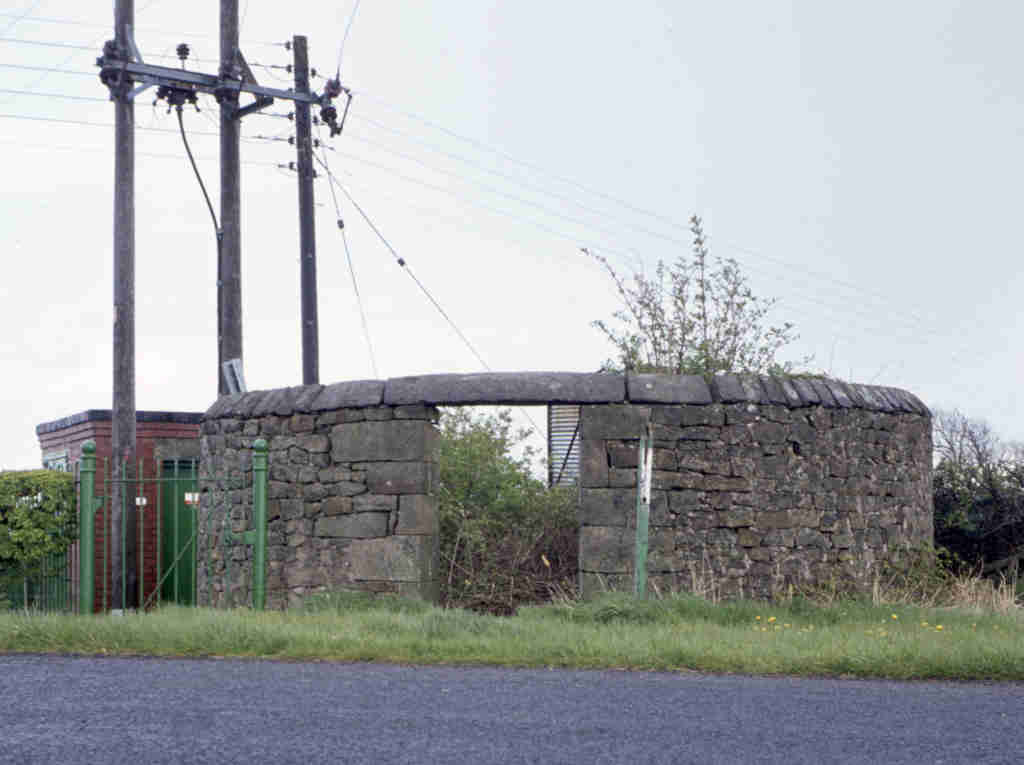 This pinfold was restored in 1987. 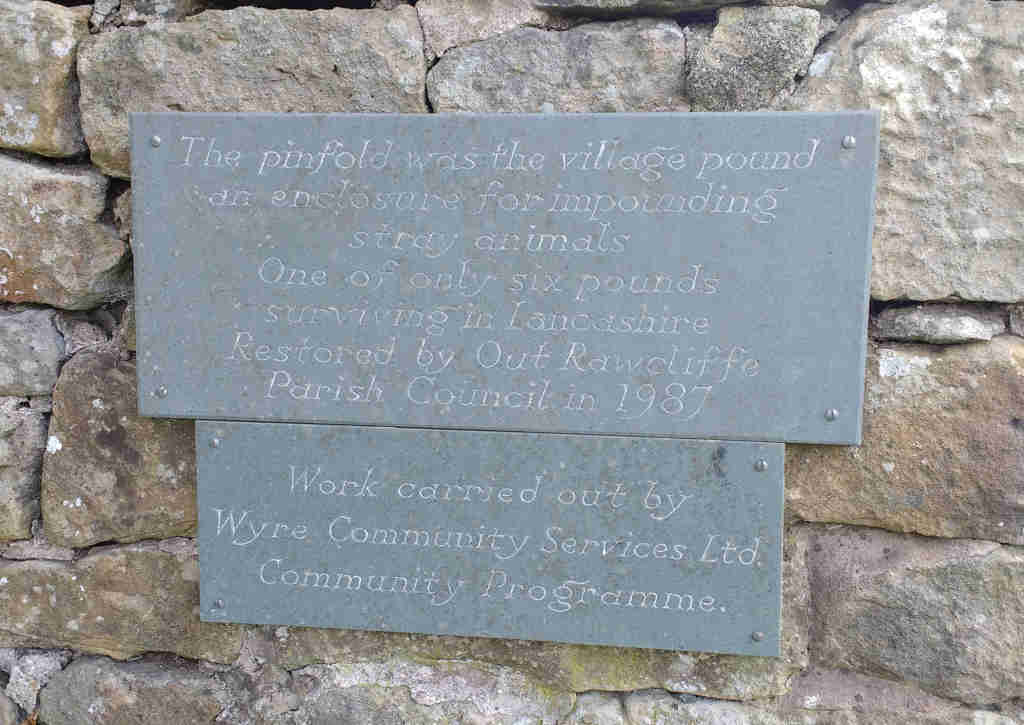 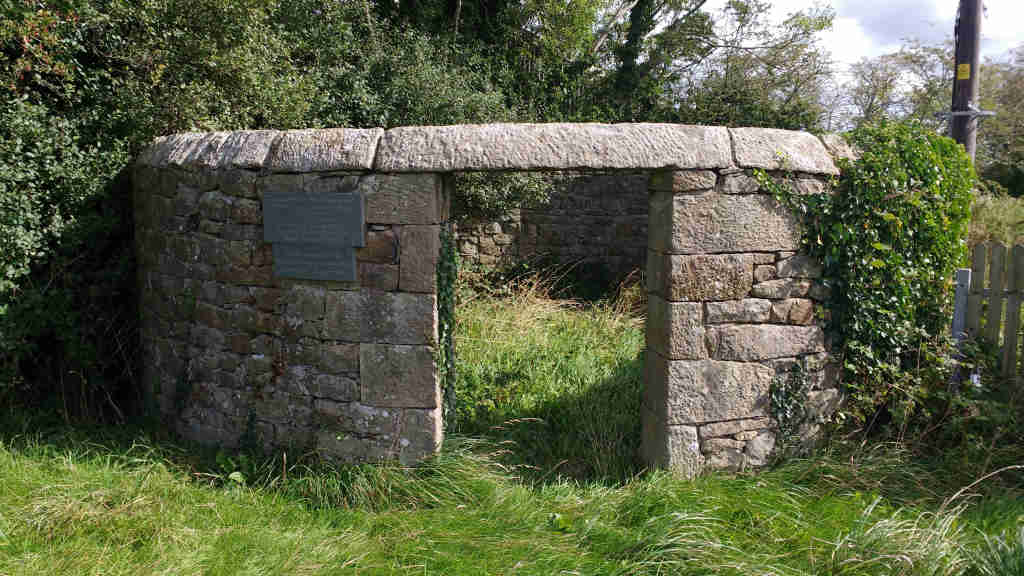 There had to be a number of other pinfolds in the Amounderness (and its periphery) area, if only from the number of pinfold lanes.

Pinfold lane - north of the Lune in Lancaster

Pinfold lane and farm - between Grimsargh and Longridge

Ellel - this is mentioned by Wyre Borough in the article on the Pilling pinfold but I can find nothing in the written records. 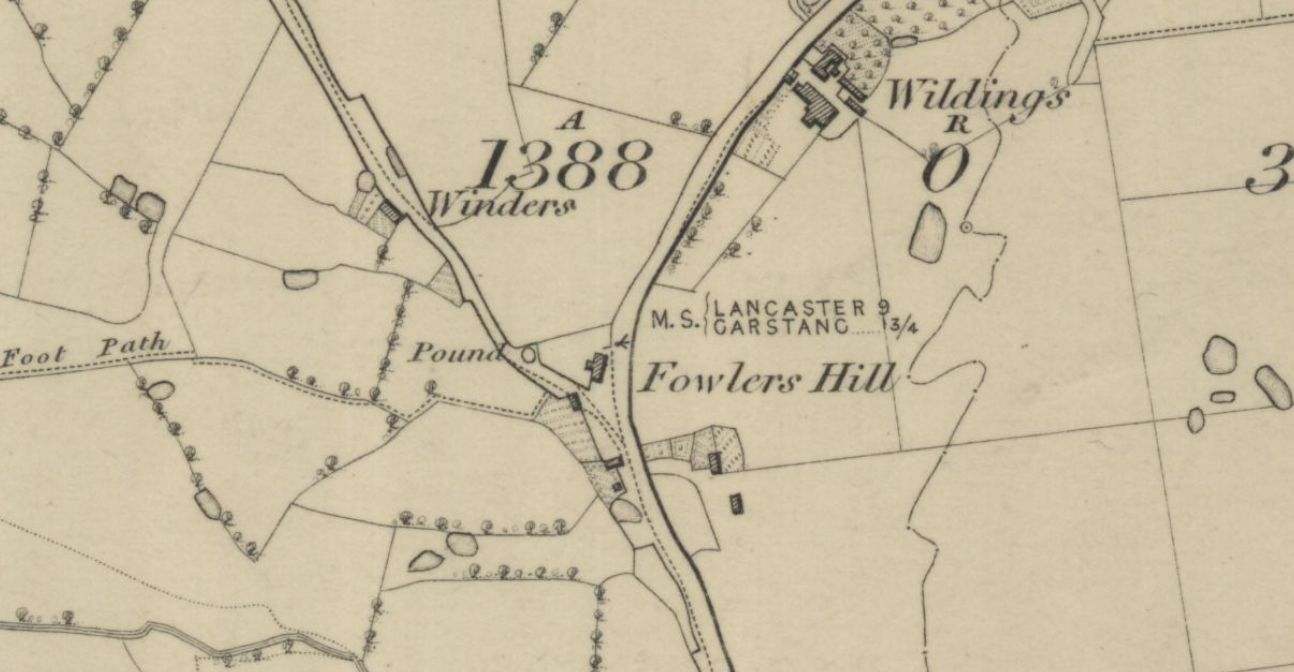