Up until the 20th Century the River Ribble was the main artery of transport into and out of Preston.  Here follows some thoughts and sources for research on the topic.

Illegal net sizes were mentioned on a number of occasions in the Preston Court Leet Records which shows, even in the 17th Century, there was environmental awareness.

March 1679.  Willm Chrichley, Edward Hollinghurst, Hugh Simmon and the rest of the farmers of the fishing of Rible for that they fish with unlawfull netts contrary to the Statute. Wee therefore find them in xxs. apiece.

April 1683. Ye occupyers of the ffishing yt they fish in unlawfull netts & amerce them to pay vli.

The Corporation employed "Viewers of Flesh and Fish" to monitor the sale of meat & fish in the Town.  Any small fish found would be reported by them.  Even in the 17th Century there was a realisation that over-fishing or reducing the fish stock could have long-term repercussions.

In 2010 United Utilities constructed a main sewer along the Southern side of the Ribble.  Archaeologists monitored the dig and found several sets of fish traps.  These consisted of a series wooden stakes driven into the many channels which made up the pre-dock river.  In the report the archaeologists suggest that wattle or nets were held by the stakes and trapped the fish when the tide ebbed.  Some of the wood was carbon dated and two date ranges were found; 1610 to 1670 and 1730 to 1810. 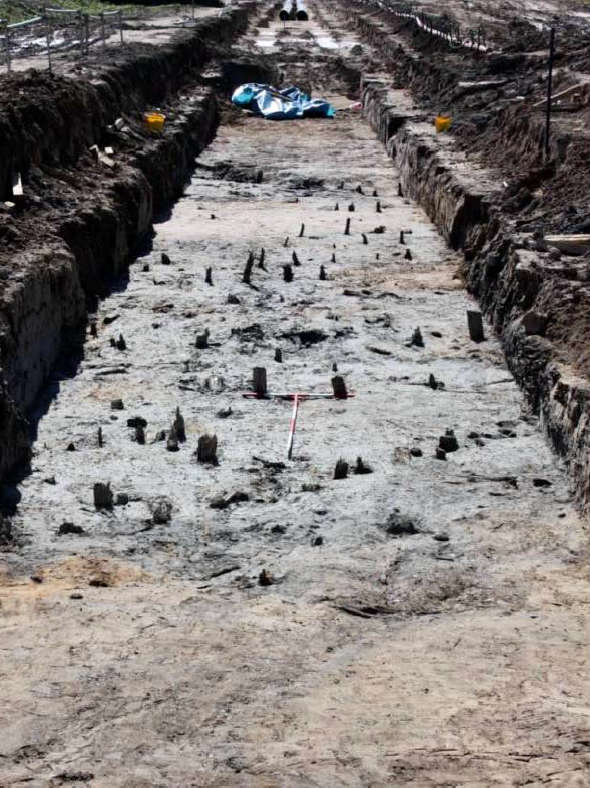 The full report can be found here.

The following six images show the Ribble in 1756.  The position of the fish traps might link in with the above Archaeological report. 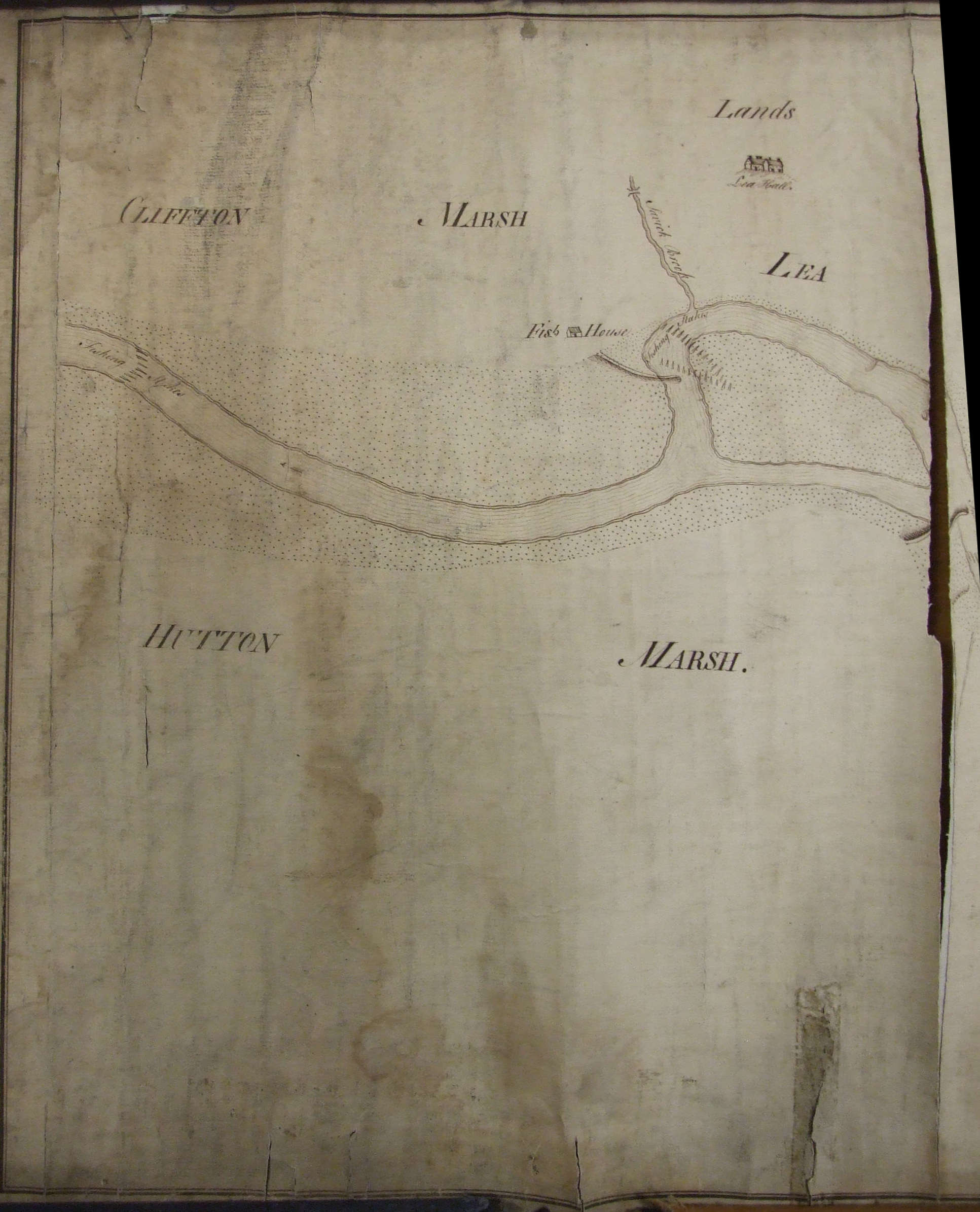 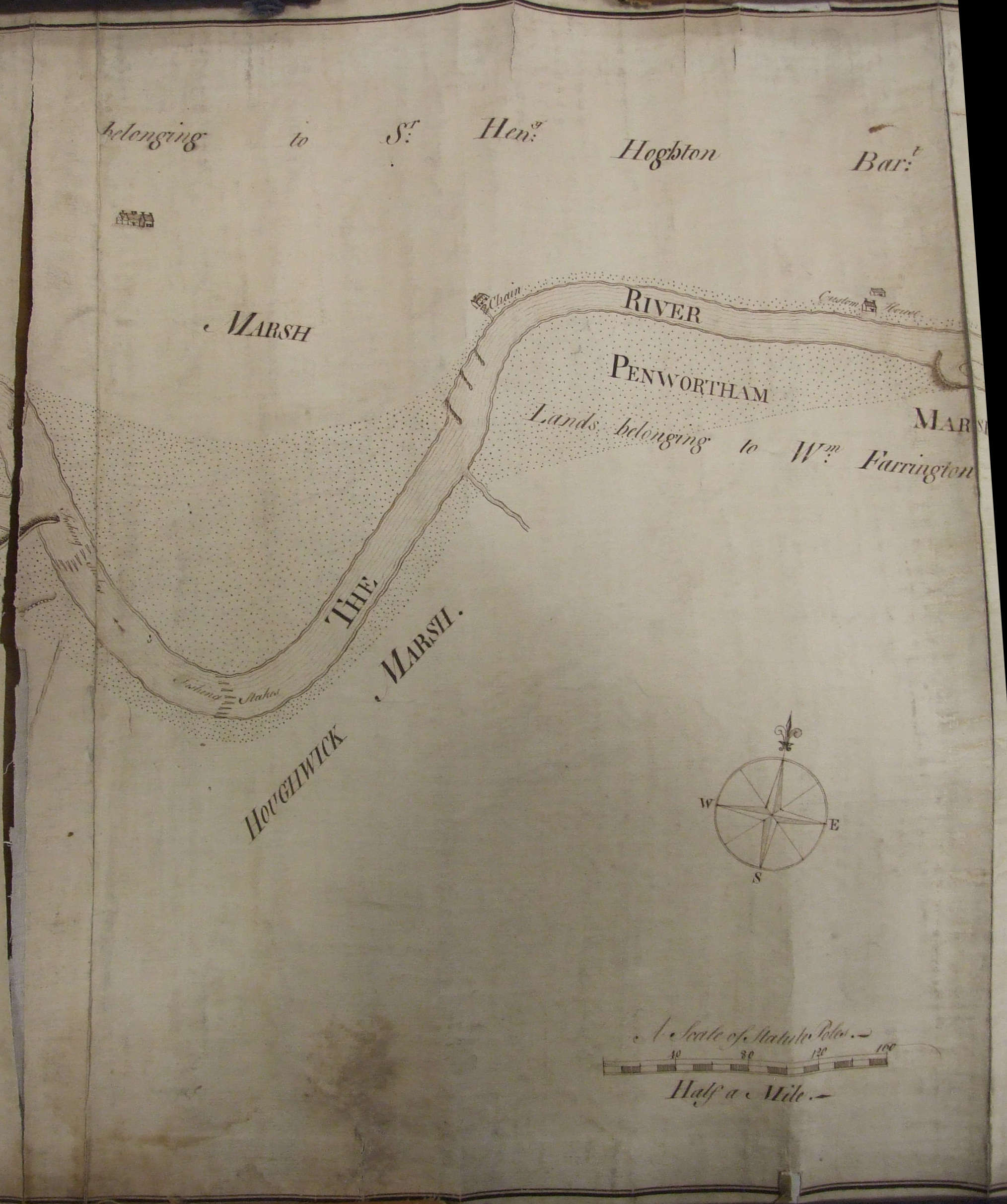 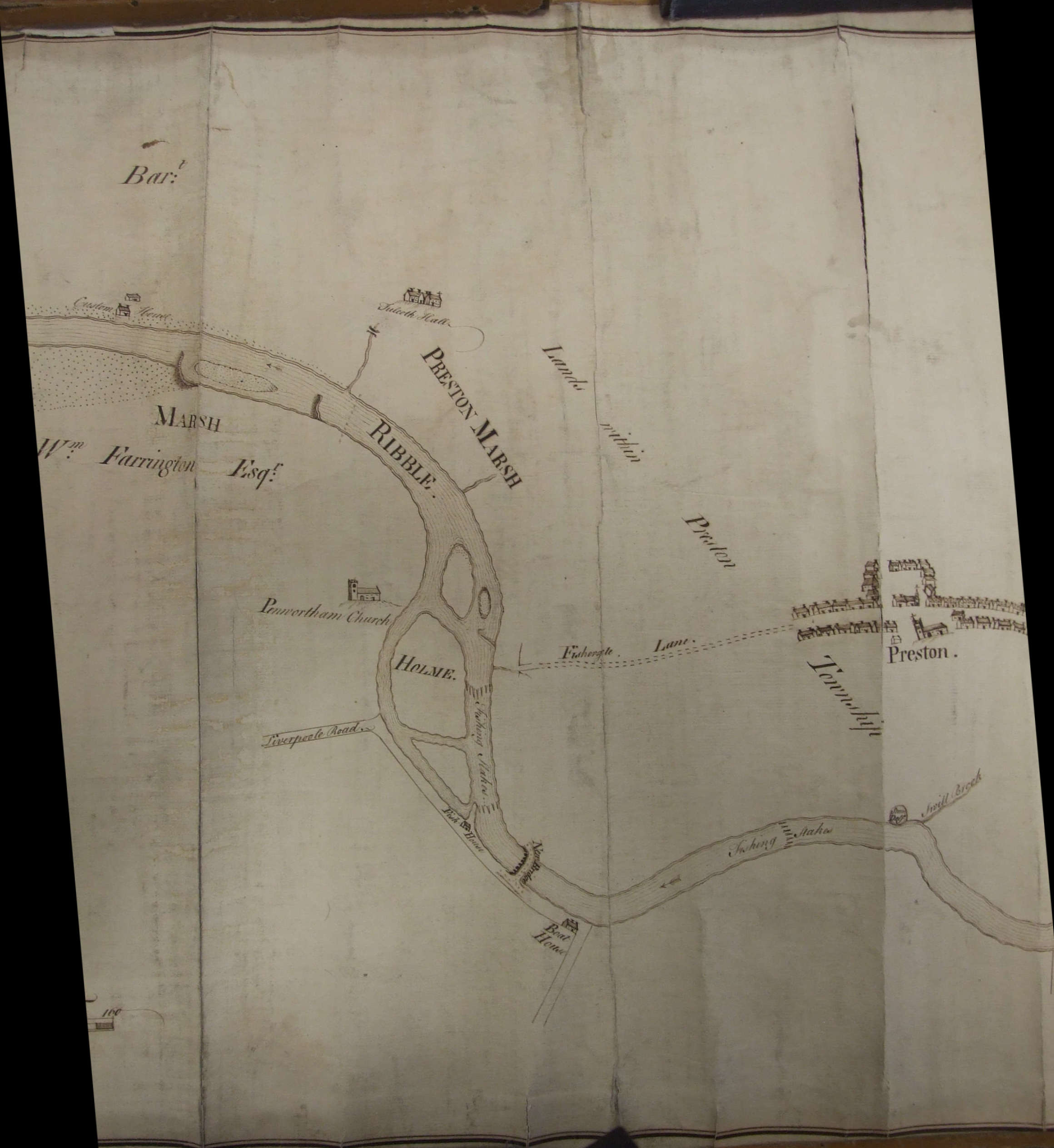 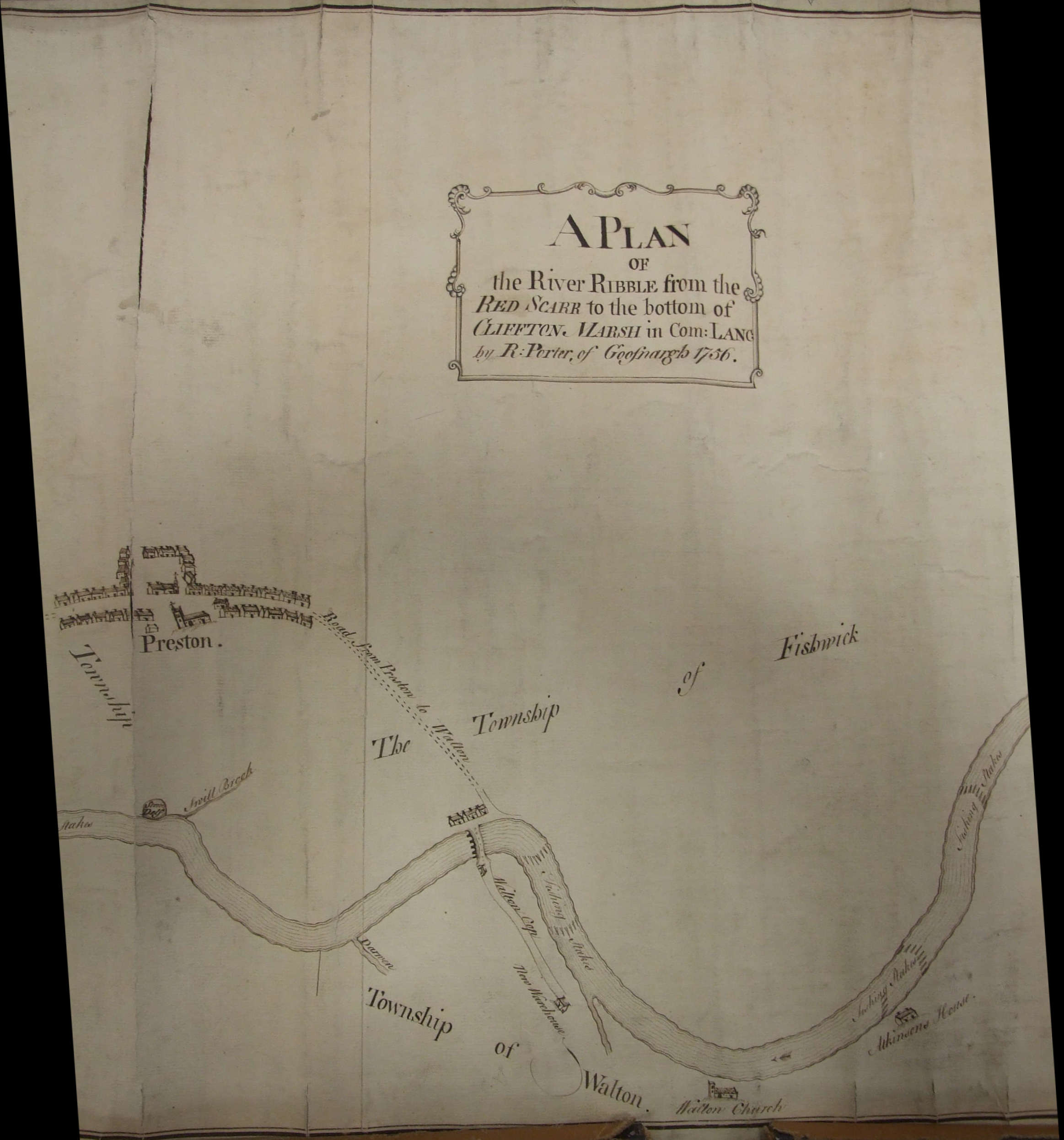 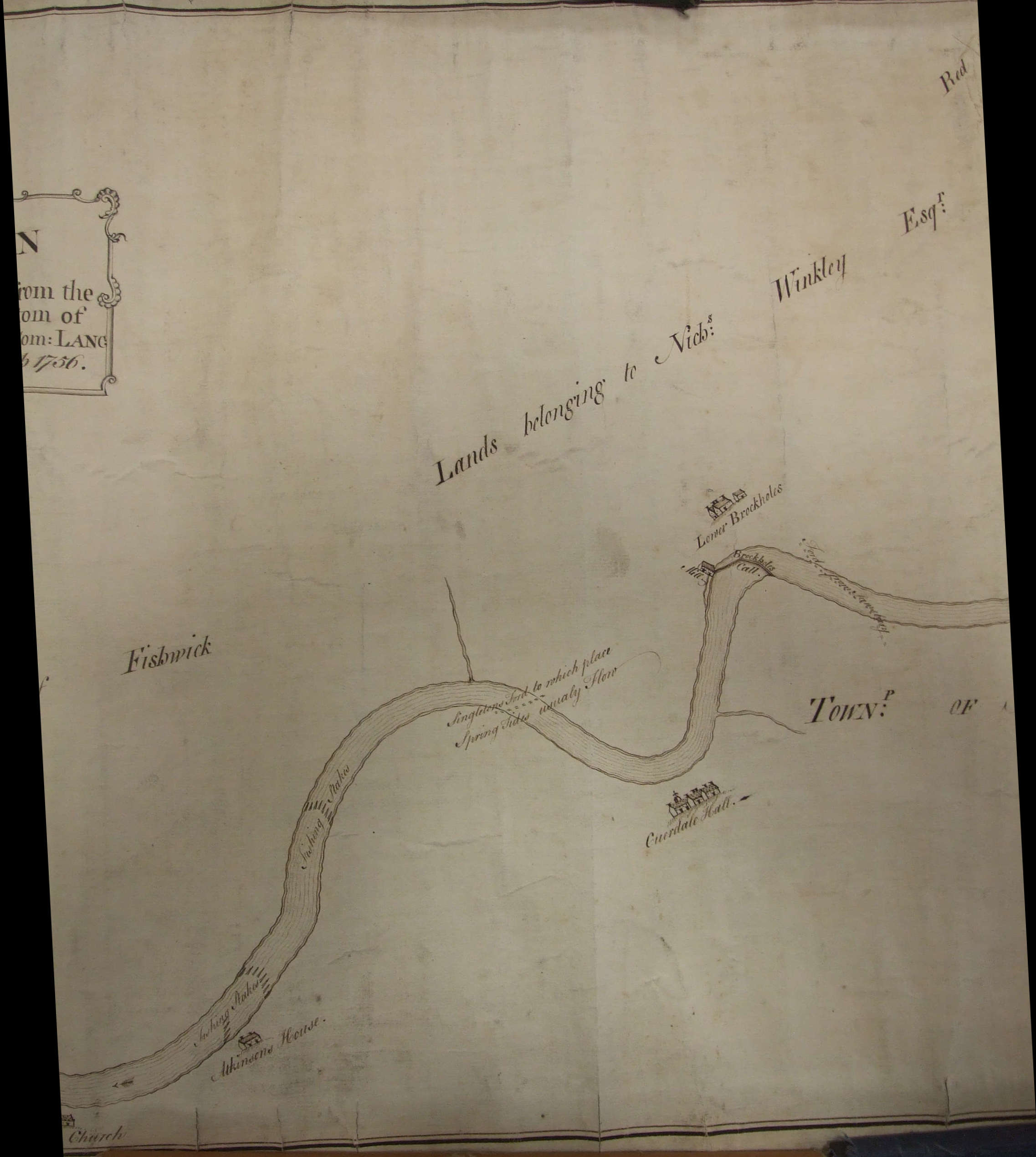 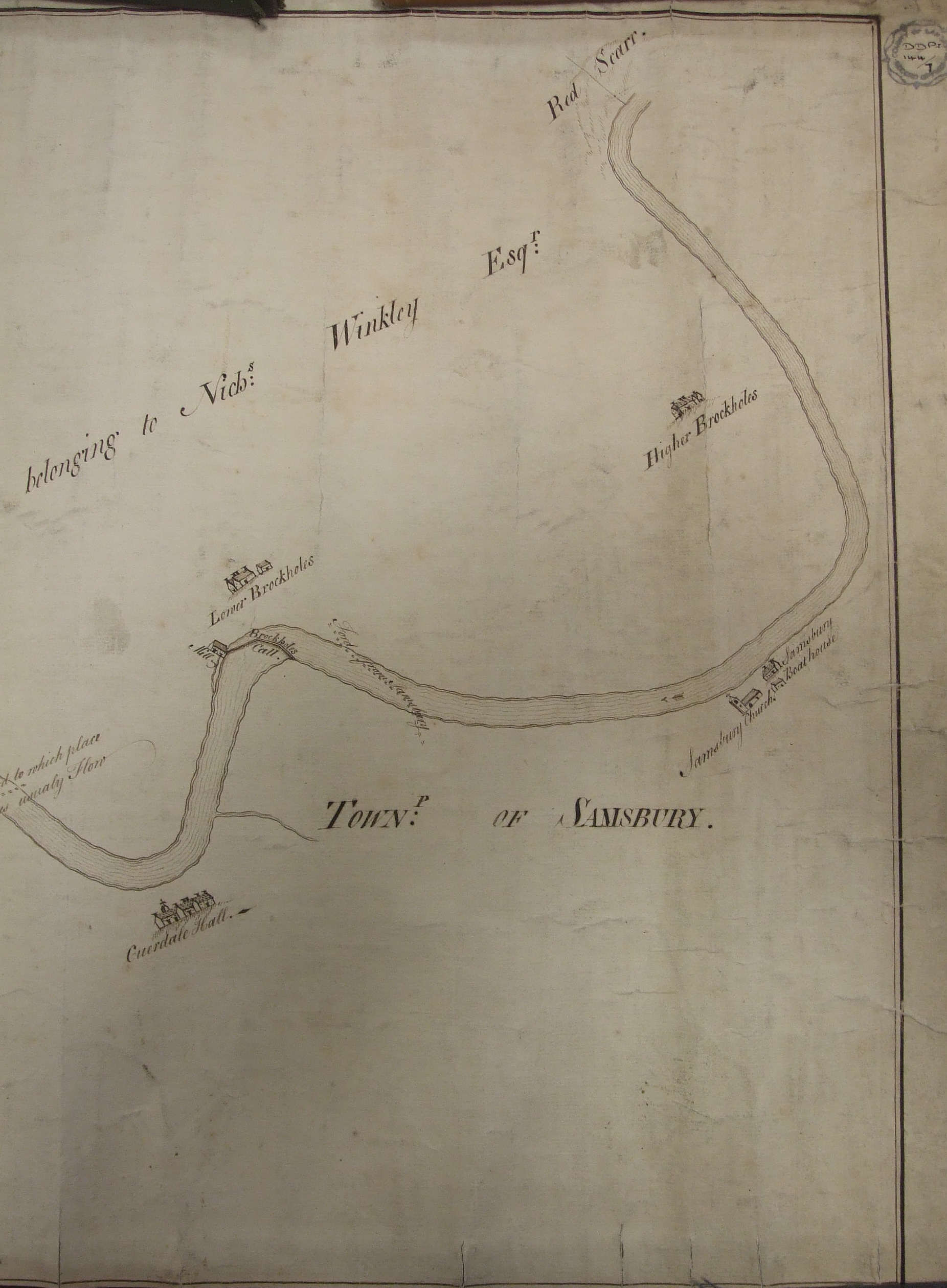 Many thanks for permission to publish from Lancashire Archives.  The original is very impressive and the reference is DDPR/144/7.

SS 8/1 supplies a lot of information on the ships entering the port of Preston together with their owners.

In 1782 John Gornall was the surveyor & landwaiter.

Far more of the ships were built in Freckleton, Warton, Tarleton or even Newborough!

Prior to the development of the docks the original course of the Ribble flowed closer to Ashton/Tulketh as can be seen in the next image. 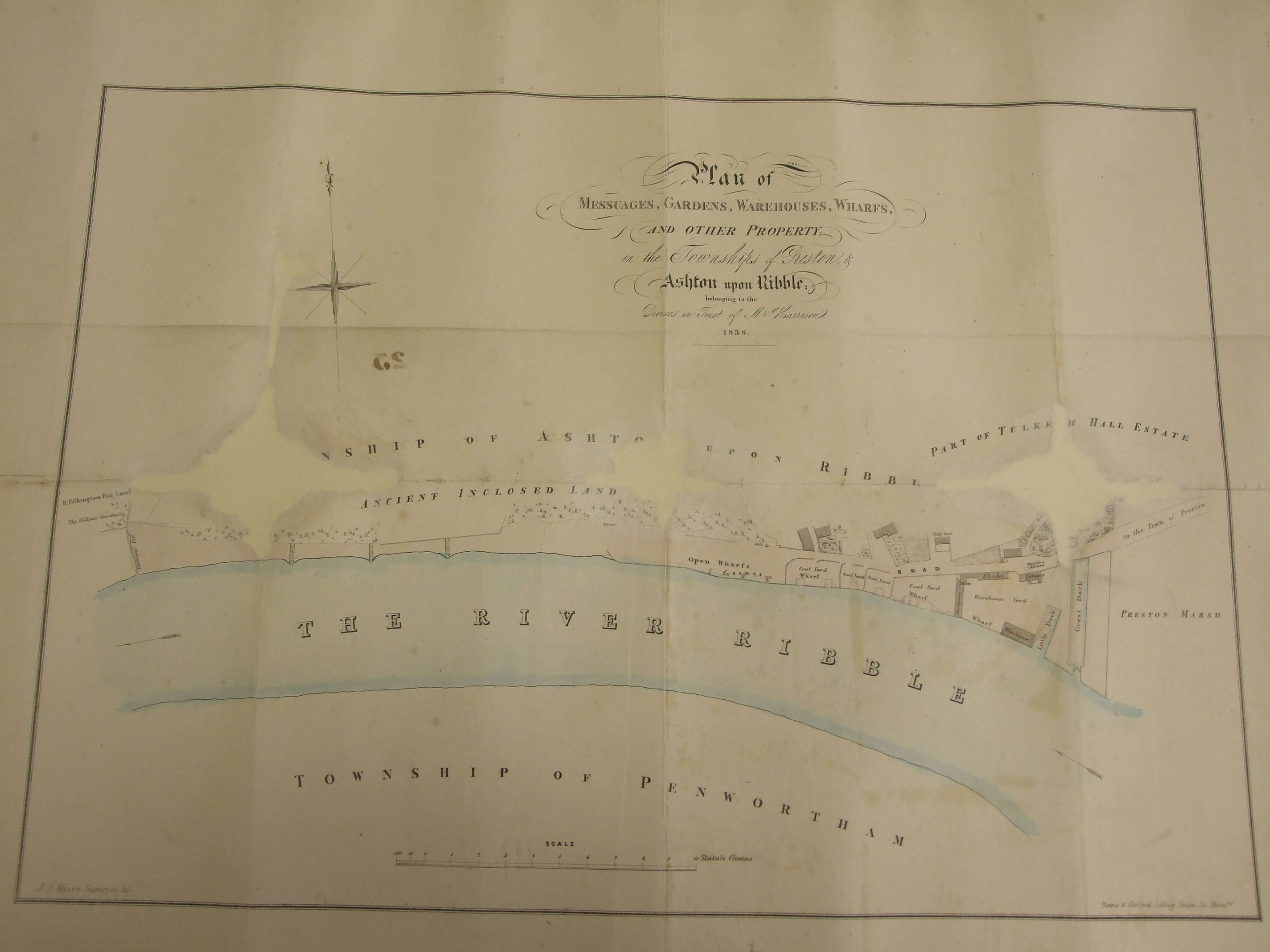 Produced around 1838, the wharves on the North side of the river now correspond to part way along Portway.  This may have been the way that coal was ferried up to the canal prior to the completion of the wharves in the centre of Preston.

The development of the docks (opened in 1892) meant that the river was diverted closer to Penwortham and the original course used as the basis of the docks.