The latest "Big Dig" took place from the 21st June until the 24th June and set out to answer several questions about the archaeology of Bourne Hill, Thornton. Was it an Iron Age settlement? What was the significance of the fragment of Roman mortarium found in a previous dig? What about the strange features (see photo in 'Digs - Bourne Hill') in the underlying sand? As with everything about Bourne Hill, as soon as some answers were found, more questions were posed.

For the first time, Wyre Archaeology hired a digger to remove some of the top-soil. This probably saved several digging hours but the learning curve was quite steep. When someone like Phil Harding, of Time Team fame, asks for another centimetre of soil to be removed, we will understand the skill involved. 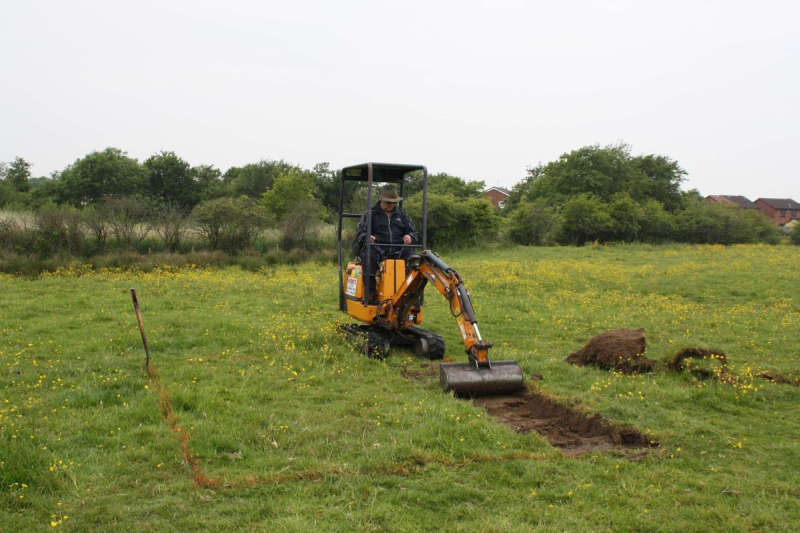 Site Manager Chris 'skimming' off the topsoil on the 'mound' in preparation for BIG DIG 2013.

Even though there were about 14 members and guests it was decided to concentrate efforts towards the top of the hill in two distinct areas. The first area had been identified by aerial photography several years ago as a distinctly un-natural round feature - know to the group as the "nettle patch". A 2m x 5m trench was cut into this area. The second area was, again, a round feature that had shown up on a geophysical survey that was performed several years ago. Again a 2m x5m trench was cut into this. A professional archaeologist (Clare) guided our efforts and persuaded us to be more rigorous in our "digging" and recording. By the end of the first day of the "Big Dig" more possible postholes/stakeholes were uncovered but, possibly more important, was the discovery of a piece of knapped flint. It was complete with percussion lines. In the absence of any pre-Roman pottery this is possibly the first undisputed sign of Neolithic activity. (See below for update). 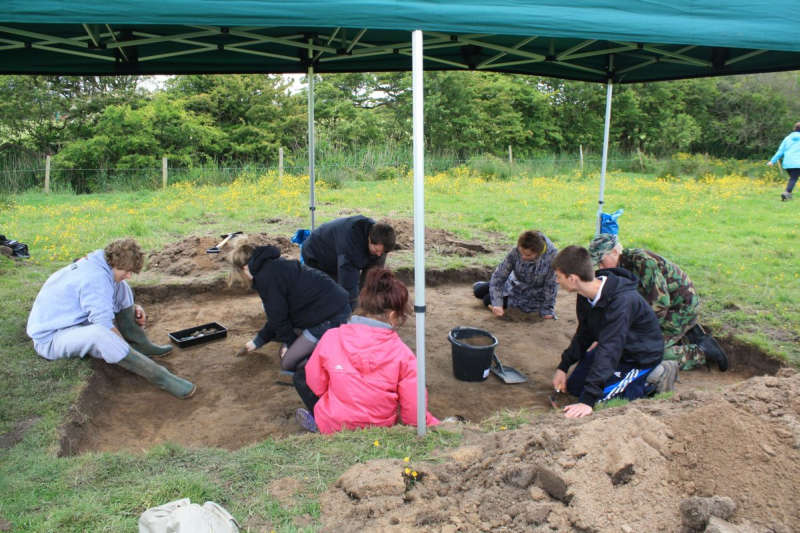 Open trench on the 'mound' being excavated by stuidents from Blackpool VIth Form College.

The second day started with more work on the trenches towards the top of the hill. Several interesting pieces of pottery were found - possibly Roman or even pre-Roman. They will be sent off to experts for accurate dating. With the assistance of students from Blackpool and Fylde college, a large trench on the "mound" at the bottom of the hill was opened up. Nothing of obvious significance was found and the general feeling was that it was mainly natural with some possible addition of soil from the gulleys surrounding the mound. The students cut a large cross-section through the bank around the base of the hill that had previously been thought of as a man-made defensive structure. Marks left by reeds decaying in and below the bank suggested that in fact it may have been a natural feature or had been built up to assist drainage of the higher slopes or to prevent water flooding land needed for crops. Some potential dating evidence was found.

Due to the forecast for rain and high winds the Sunday dig was abandoned. The postponement also gave some tired muscles time to recover. 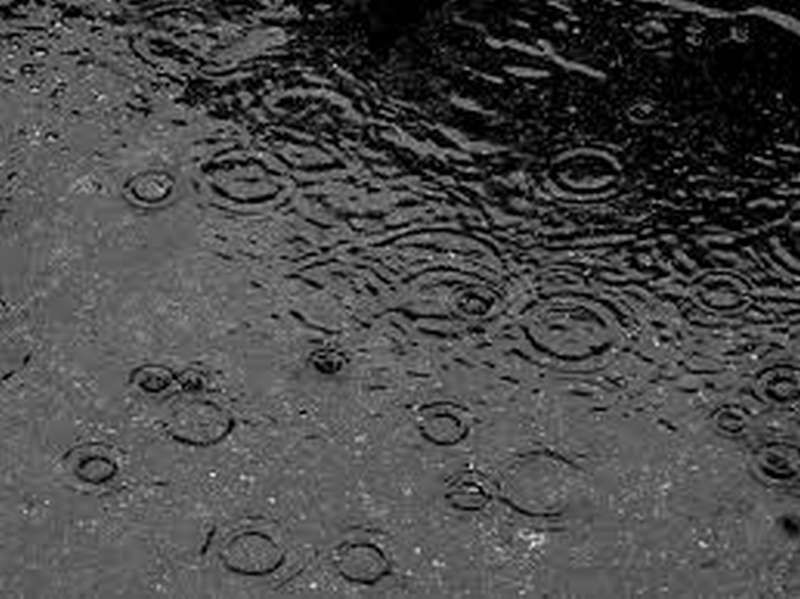 On the Monday, the final day, more work was carried out on the hill trenches. Pottery, flints, clay pipes and lead spindle whorl (used for spinning 'raw' wool into thread for weaving) were uncovered in the topsoil. A group of Key Stage 3 students from Millfield Science & Performing Arts College and their teachers helped to excavate the trenches and assist with some site surveying. 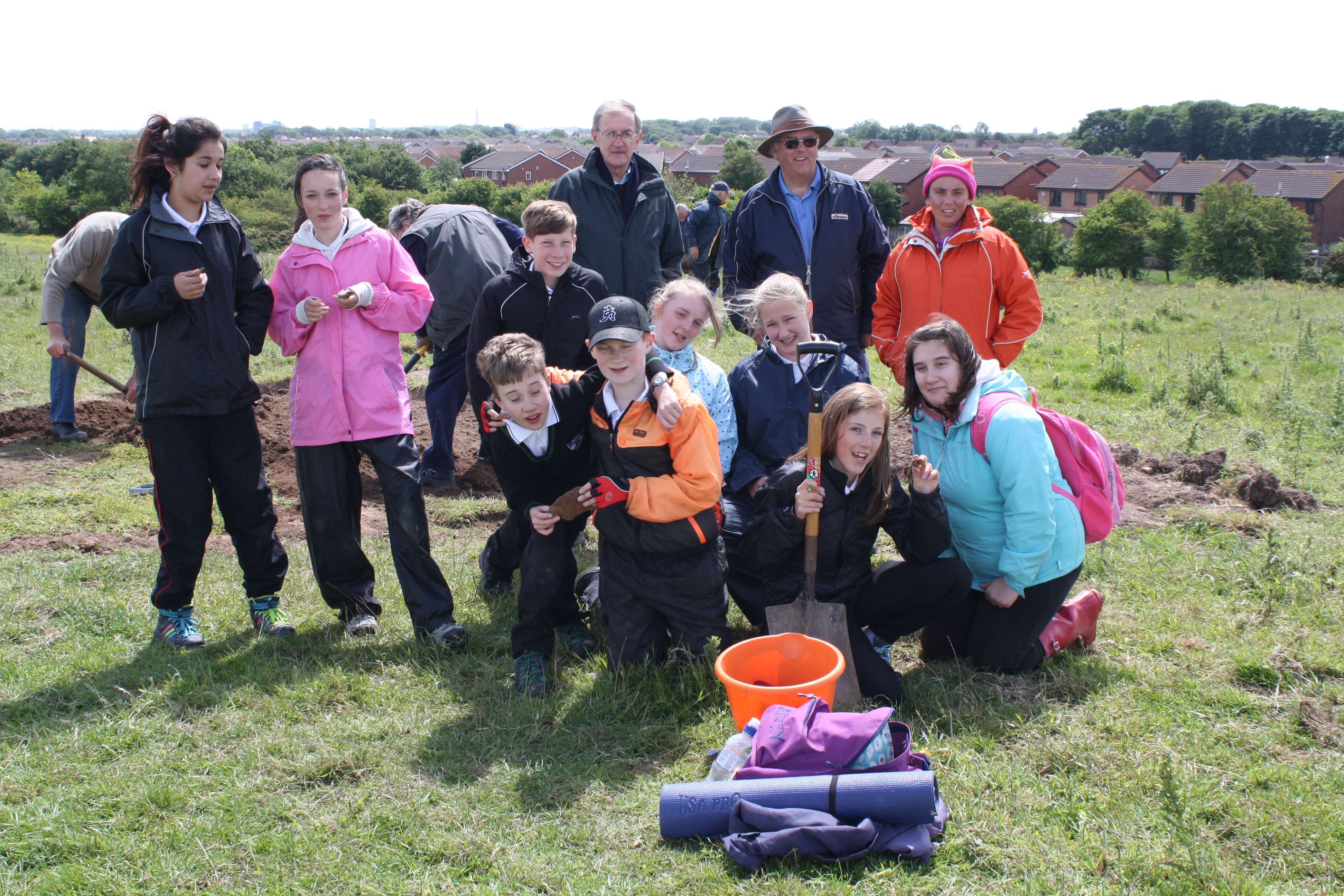 Over the site several coins were found indicating activity over several hundred years. More on this in the full report to follow.

Wyre Archaeology planning group have decided that another "Big Dig" will take place later this year. There's another area of the hill that we haven't had geophysed (?geofizzed) and we haven't excavated so far, where we plan to open a number of 1m x1m test pits to see if there's any evidence of occupation. More details to follow.

TUESDAY 8 Oct will be BIG DIG 2013 follow up day. If you haven't already received email info and woul dlike to take part please contact This email address is being protected from spambots. You need JavaScript enabled to view it.

After a visit to Stuart Noon (Finds Liaison Officer for the Portable Antiquities Scheme) more of the finds have been dated. The various pieces of flint (probably beach flint) were dated to the end of the Bronze Age or beginning of the Iron Age, since - according to Staurt - they had been created by stiking with a metal object. Pieces of worked Pendle chert also give credence to habitation in the area going back 3000 years.

Much of the pottery was in small fragments probably representing debris spread with manure on the fields but Stuart was able to identify sherds of Roman pottery from early to later in the Roman period. One particular sherd was identified as 'high status' Nene Valley Ware from distant Cambridgeshire but most of it probably had more local origins, for example, Wilderspool. Early mediaeval (from AD450) pottery was also represented along with later mediaeval and modern sherds and other interesting finds.

Given that manure for the fields wouldn't travel a long distance, the latest thinking about the site is that in Roman times there was nearby possibly some form of small military depot or trading post. This may have existed alongside, or been followed by, an early settlement. The most likely site for these would be on the leeward side of the hill further towards or even over the road. This confirms our idea of opening up a number of test pits in an area closer to the road.