After the deluge of Friday, today (4th April 2015) was a perfect digging day; warm and dry with very little wind. The first part of the site to be examined was the anomaly discovered by Wigan Archaeology geophys survey. A 3m x 2m trench was opened up and quickly is was discovered that the "feature" consisted of small stones some 37cm below the turf layer; possibly natural or more probably part of a track-way. Either way it didn't promote any great interest and, after carefully backfilling the trench and replacing the turf, we moved back to the main site.

The main part of the day was devoted to to examining three sections; the northern side to discover the full extent of the site; an area in the centre which was hypothesised to be part of the kin due to the number of kiln tiles appearing in it; and the nearest area to where the mill wheel.

a) Northern side. This turned out to be very difficult (the mattock being mislaid) and, after the turf was removed, this portion of the was site left until tomorrow.

b) The "Kiln" area. It was thought that this might have consisted of an inverted pyramid but it wasn't to be. The brick wall was only 2 courses deep and below this was an uneven, clay floor level. It took some time to remove the rubble so metal detecting results and photographs will have to appear tomorrow.

c) The wall leading to the mill wheel was examined in more detail. The western edge seemed to have been "braced". Not surprising considering the bowing of the wall. The floor was cleared and cleaned. It was then recorded. 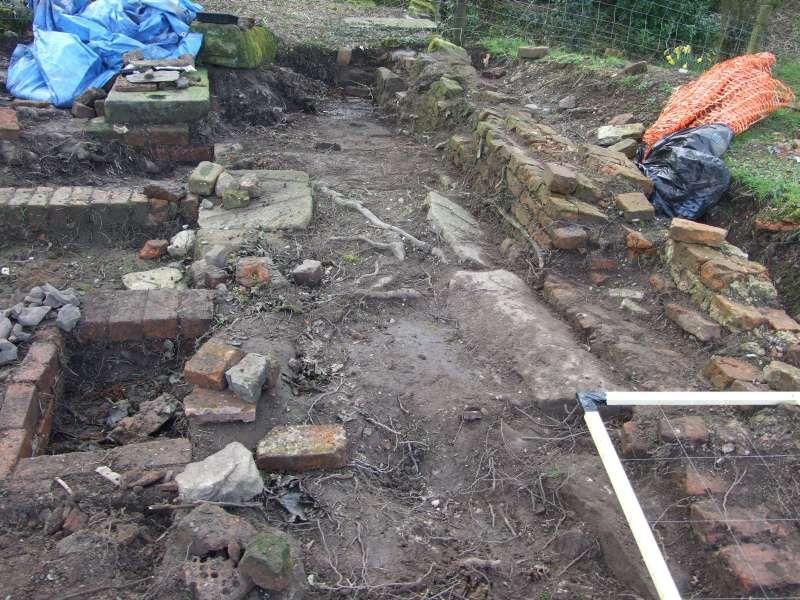 West wall prior to clearing.

There was a suggestion that the "Kiln" area might have been boarded over (flakes of wood being found in the demolition debris) and, on further consideration, might have continued all the way to the cheese press (seen just in front of blue tarpaulin at top left above)- all of this being at the same height and the majority of the brickwork looking very similar. 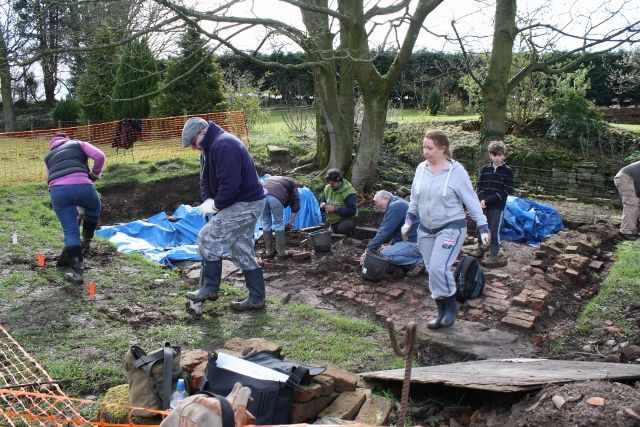 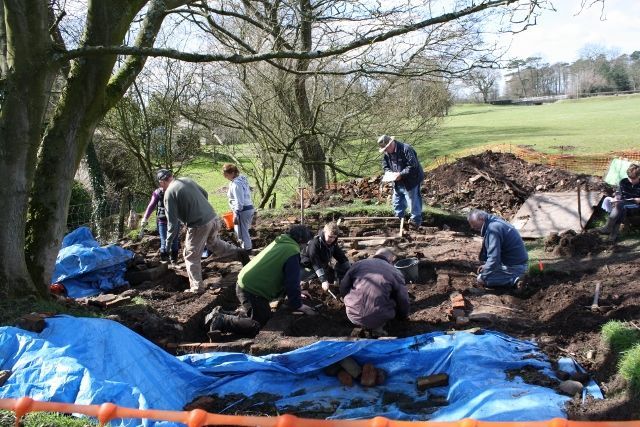