The ditch at the northern edge of the site was investigated first and a second, parallel trench added to check if the ditch continued. It did. At the moment we have come up with several possible reasons for the ditch but none of them satisfactory.

The central area, initially thought to be the kiln, was cleared further. Large stones, found at the south-eastern corner, were cleaned ready for recording.

The site closest to the mill race causes problems. The large stone, similar to the one from Freckleton mill shown on day 2, is too heavy to move and traverses the field boundary. Once the flagged area to the west of it has been recorded it may be possible to manoeuvre it down to the flags. Perhaps another day. 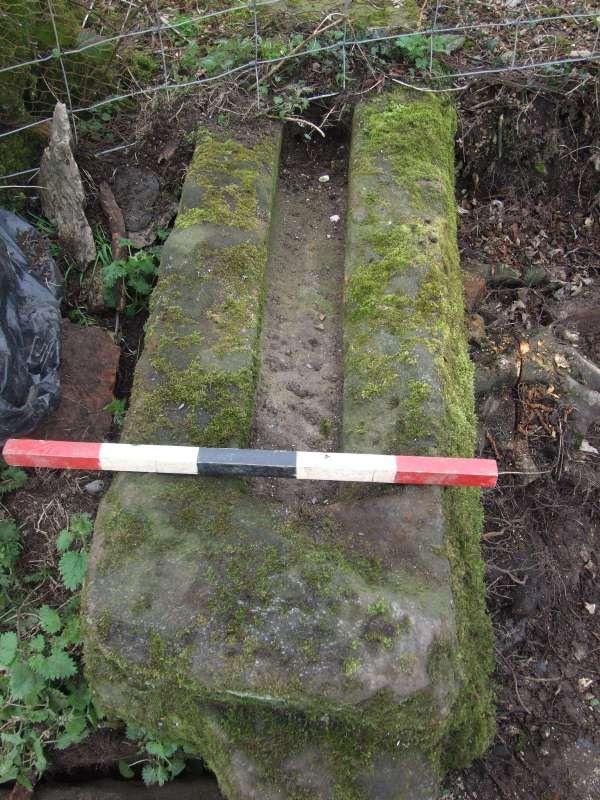 The difference between this and the one from Freckleton mill is obvious when you see the images side by side - but do they do the same job. If they do then this is one of a pair of "hurst frames". The other being so embedded in the tree roots that we would need to kill the tree in order to remove it.

There has been much discussion about the cheesepress base; had it fallen into the place where it was found; had it been dragged there after the mill had collapsed or had it always been there? The only way to check was to move it out of it's original position. There was no debris found under it and the bricks laid to enclose it. Also slates had been used to level the base. 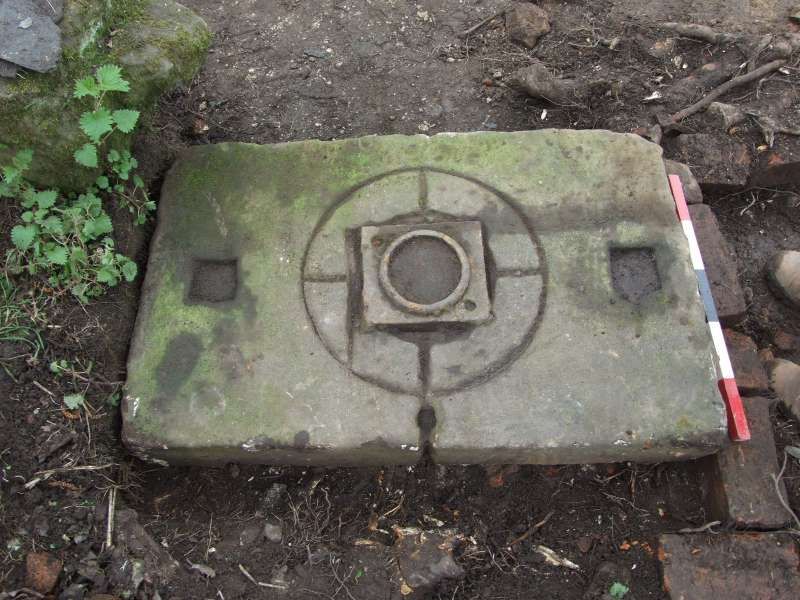