The photo below shows the site prior to any digging.  Nothing of the original mill could be seen so the site was strimmed and probed to get a general idea of the structure. The mill race and associated stonework is, at the moment, behind a barbed-wire fence and not available for digging. However, some surface investigation along the race was allowed. 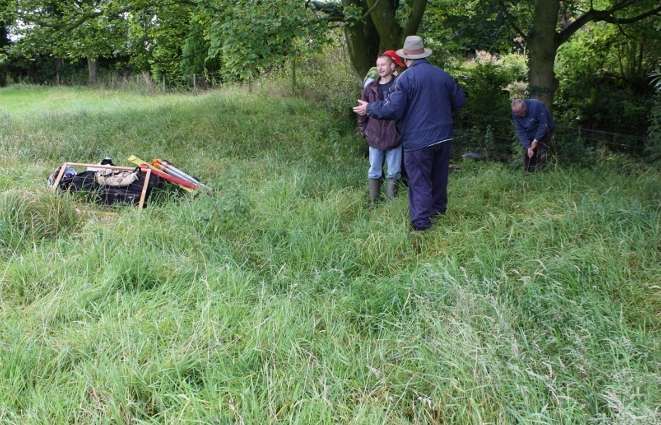 A number of finds appeared on the surface or within the demolition rubble which caused some debate.

Bits of hand-made pottery were frequent finds in the rubble.

These tiles (now known to be Kiln tiles) appear to be handmade. The reverse side (on the right) shows the cement and so it was fixed by this side. More information can be found here.

A decision was made to reveal the walls and remove the general rubble. Once this has been achieved the site will be recorded and only then the main archaeological digging would take place. This, depending upon the time taken to clear the site, could possibly be by a "big dig."

More rubble was removed on 24th September, 2014. Two more stones were uncovered similar to the ones shown in the bottom left photograph and they continued in a line towards the right. It turns out that the stones were NOT embedded into the floor but placed on top of the floor.

The first two images are of broken pipe in the order of 3 inches diameter found on what we initially thought to be the floor. Presumably part of the Kiln. Image shown to the right is made from the same pottery-type material. One suggestion is that is a way of distributing the heat from the Kiln furnace through different pipes. If any reader has a better suggestion then perhaps they can email the webmaster.

5th October, 2014. A flagged floor on the western wall side is uncovered. Our present thinking is that this is probably the older part of the mill (stone rather than brick.)

12th October 2014. Again very slow progress. Less than 2 square metres cleared by 3 diggers in the day. The first picture gives a view of the major portion of the site. 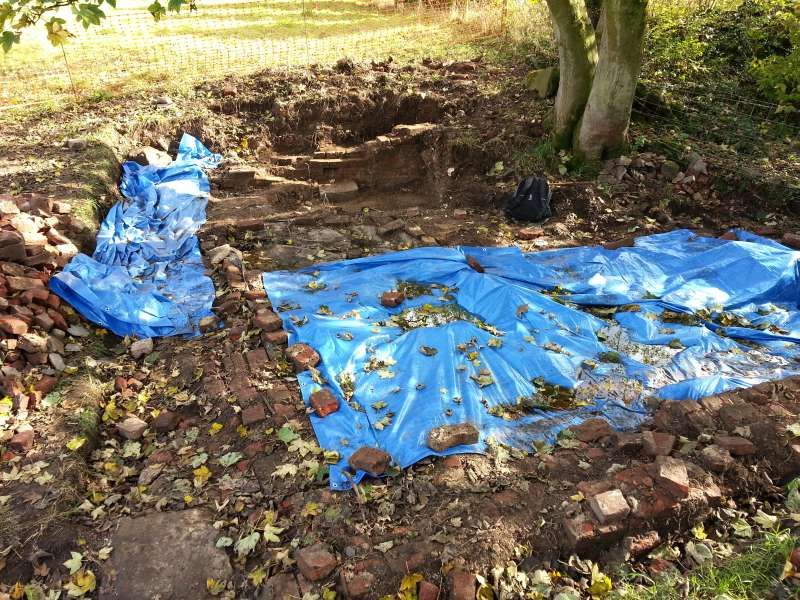 The next picture shows more of the revealed Eastern wall. 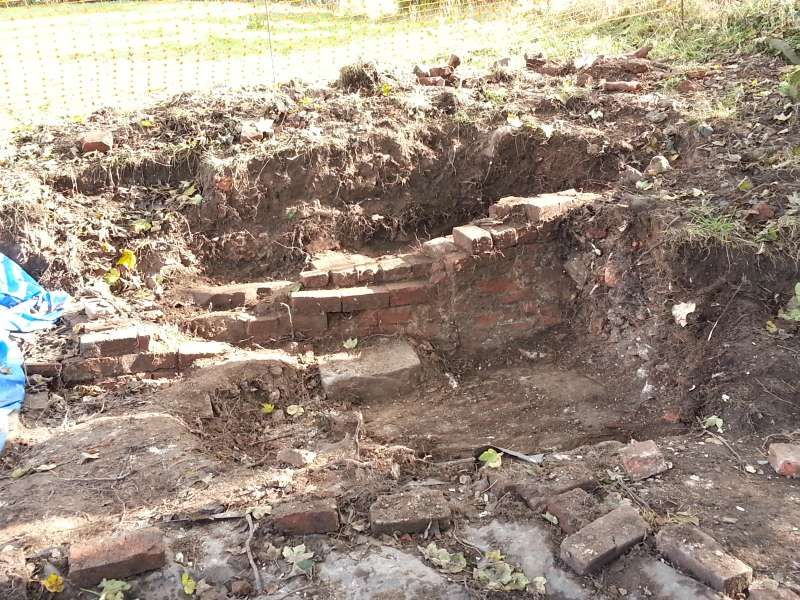