In a front garden of Myrtle Drive (shown as A on the map), just below the original Roman fort, was the site of our most successful dig so far in terms of finds. The place was riddled with Roman pottery (amphora, mortaria, Samian ware) and bricks. Most of this was in the topsoil or spoil from the building of the house but some intriguing holes (possibly post holes) were also uncovered. This is an area we would like to revisit so if any householders on Myrtle Drive are thinking about re-landscaping their gardens, Wyre Archaeology would be happy to assist.

As background to the dig, Oxford Archaeology North completed a dig several years ago (marked B on the map.) In their report they summarized the following casual finds in the area.

Tombstone of "cavalryman and barbarian type" similar to one found at Ribchester.

A coin hoard found in a small Samian jar found during construction of Kirkgate in 1853.

Much pottery, leather and other material found in the Pennine View/Myrtle Drive area in the late 1950's/early 1960's.

Indications of a rampart seen when the RAF quarters were being built - again in the 1960's.

A complete jar in orange fabric recovered from the Dow Brook in 1971.

The photographs below are from the 2011 dig. The circle in the photograph highlights a sample of Roman brick. 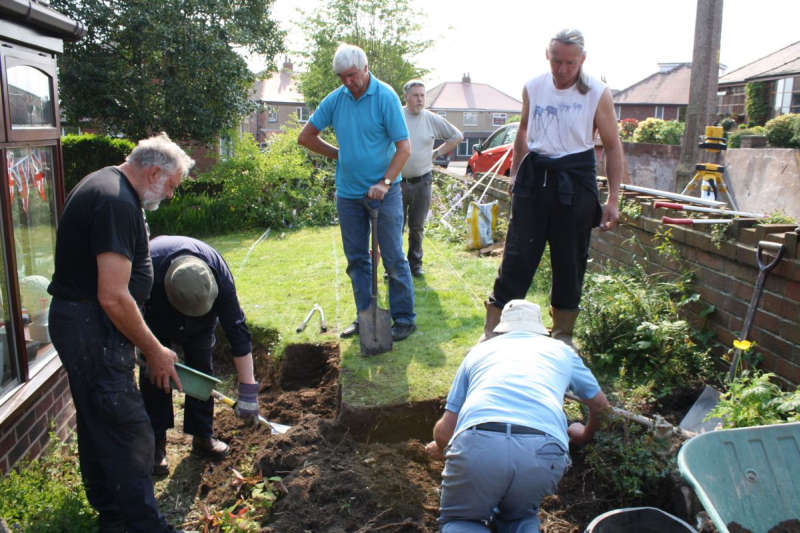 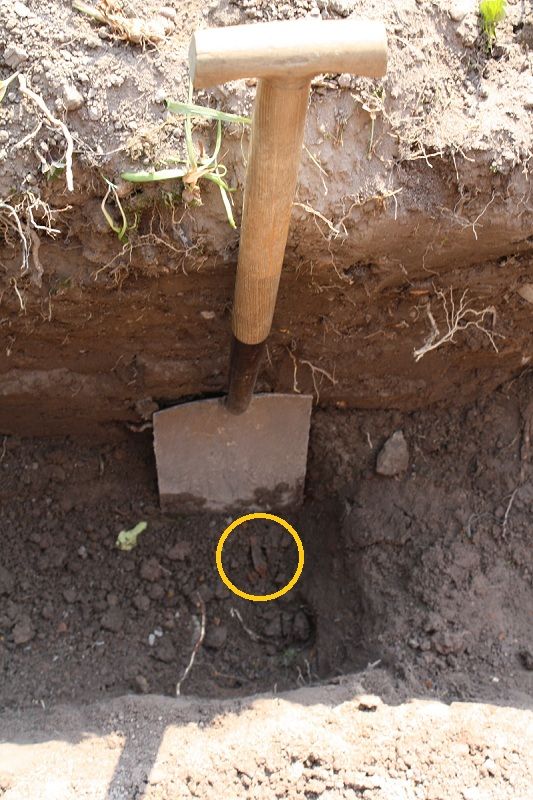 Several areas of burning were uncovered but, without access to carbon dating, it was impossible to determine the date of deposition.

A possible cobbled area was uncovered but it an area of boulder clay, a small area of stone doesn't really prove very much. 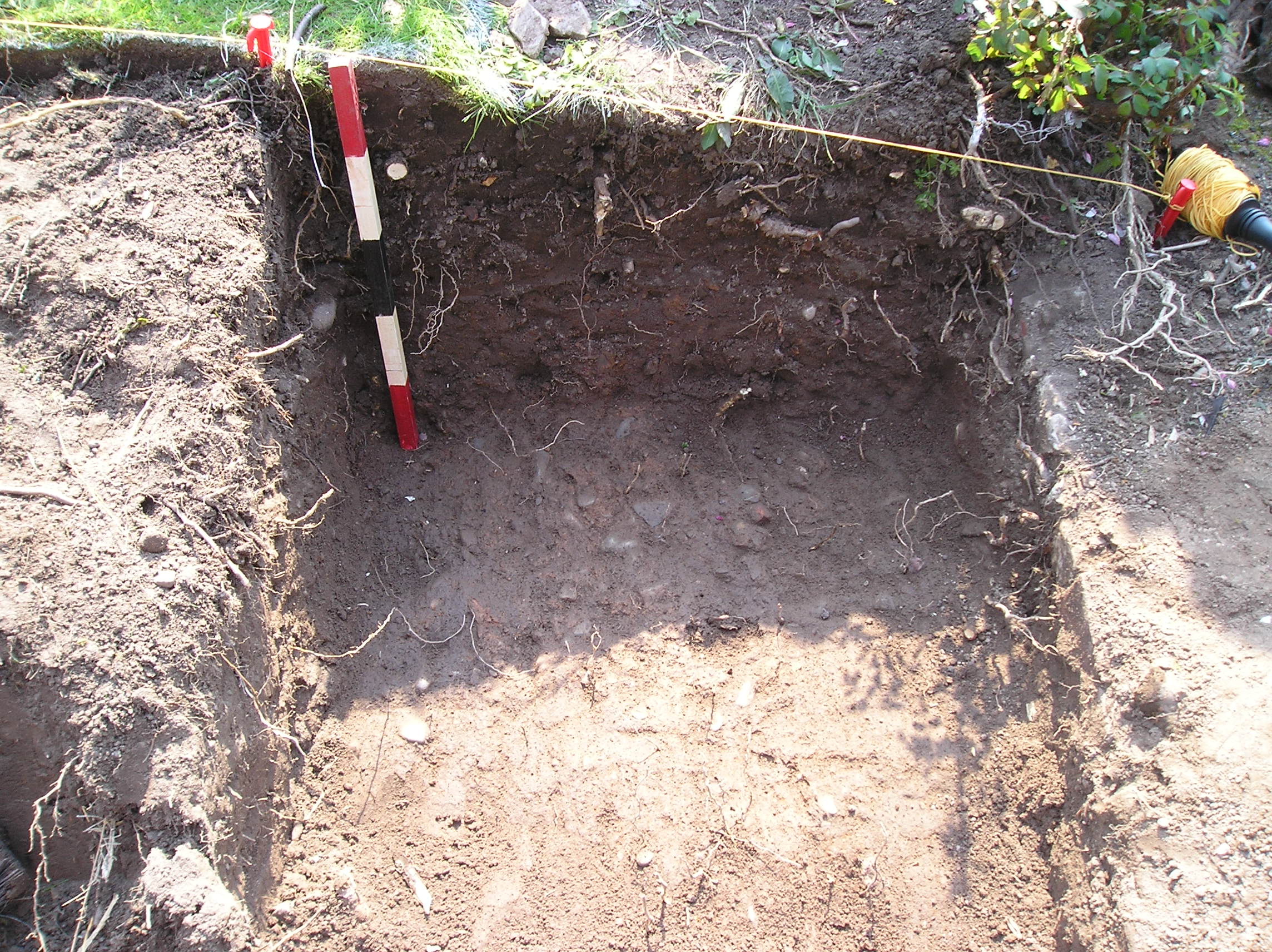 As is normal, the most interesting part of the dig occured on the last afternoon of the last day.  The final corner of the site was taken down to, what appeared initially, to be natural but there appeared to be evidence of burning.  On scrapping through this surface a possible post hole appeared complete with pottery.  Unlike most of the site, which had shown signs of disturbance from the construction of the house, this area appeared to be intact.  It is also possible that construction debris dropped into the hole.  Could this posthole have held up a substantial wooden post in the early Roman fort?  Possibly a gate post. 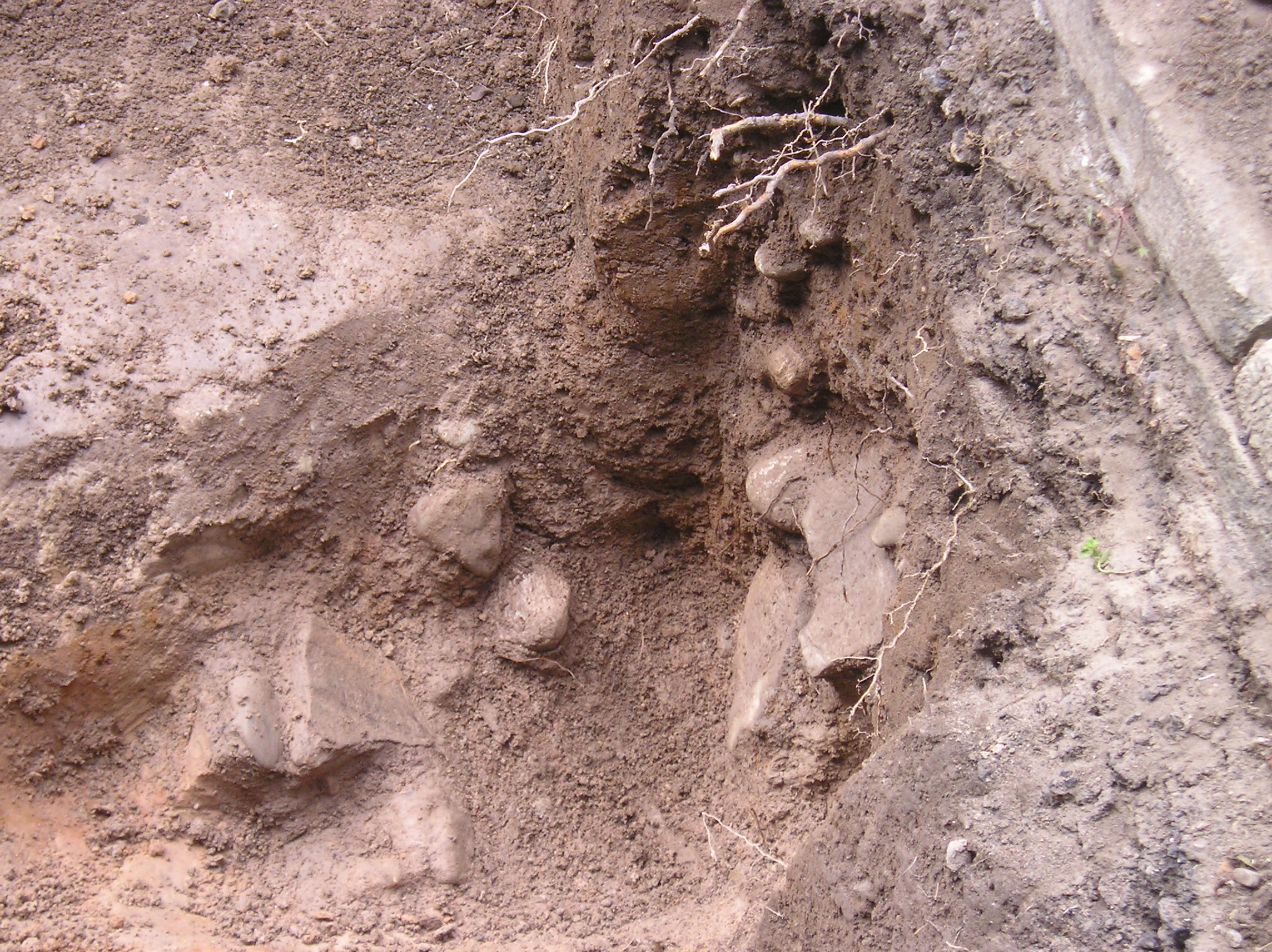 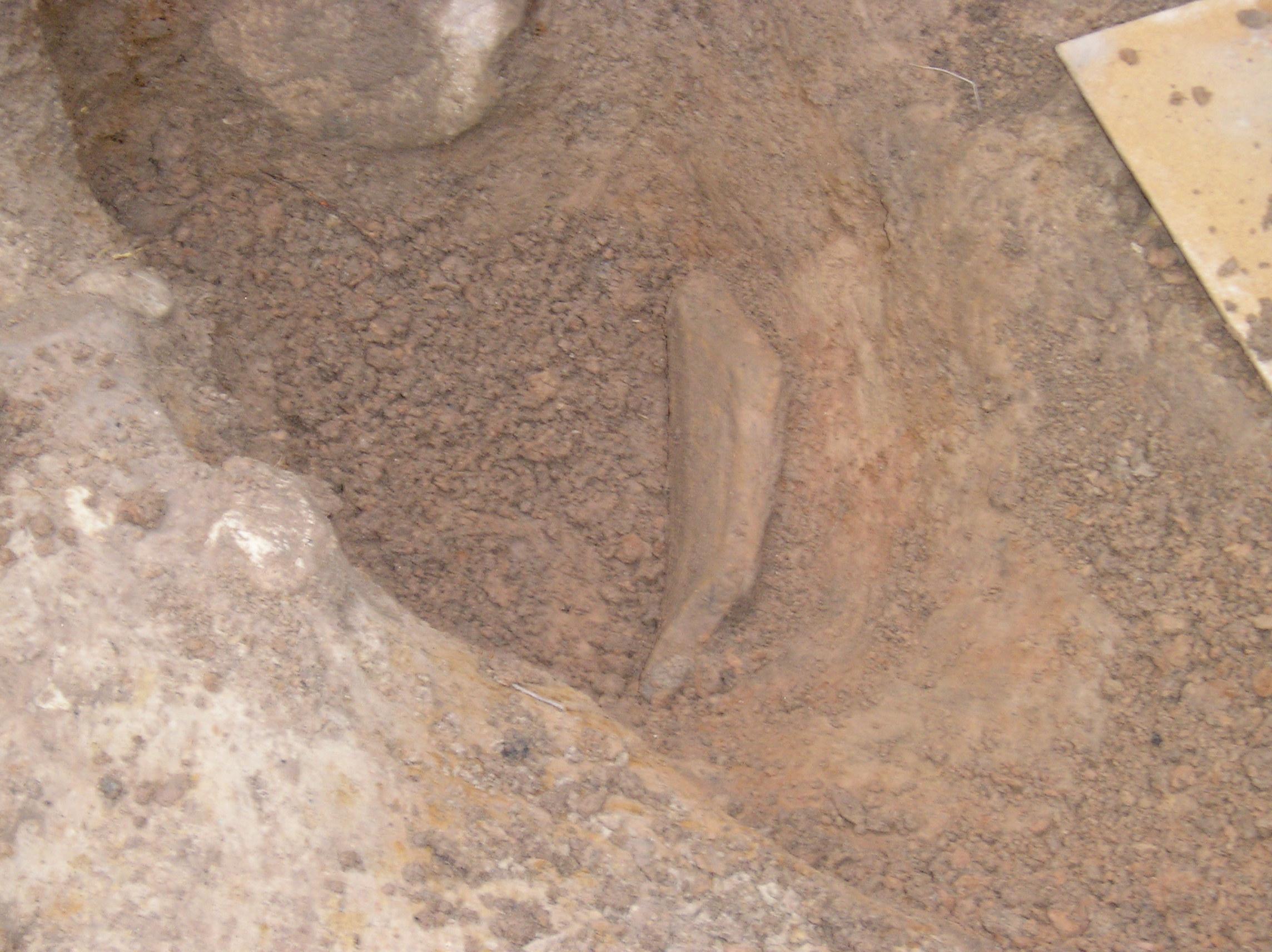 More of the amphora revealed 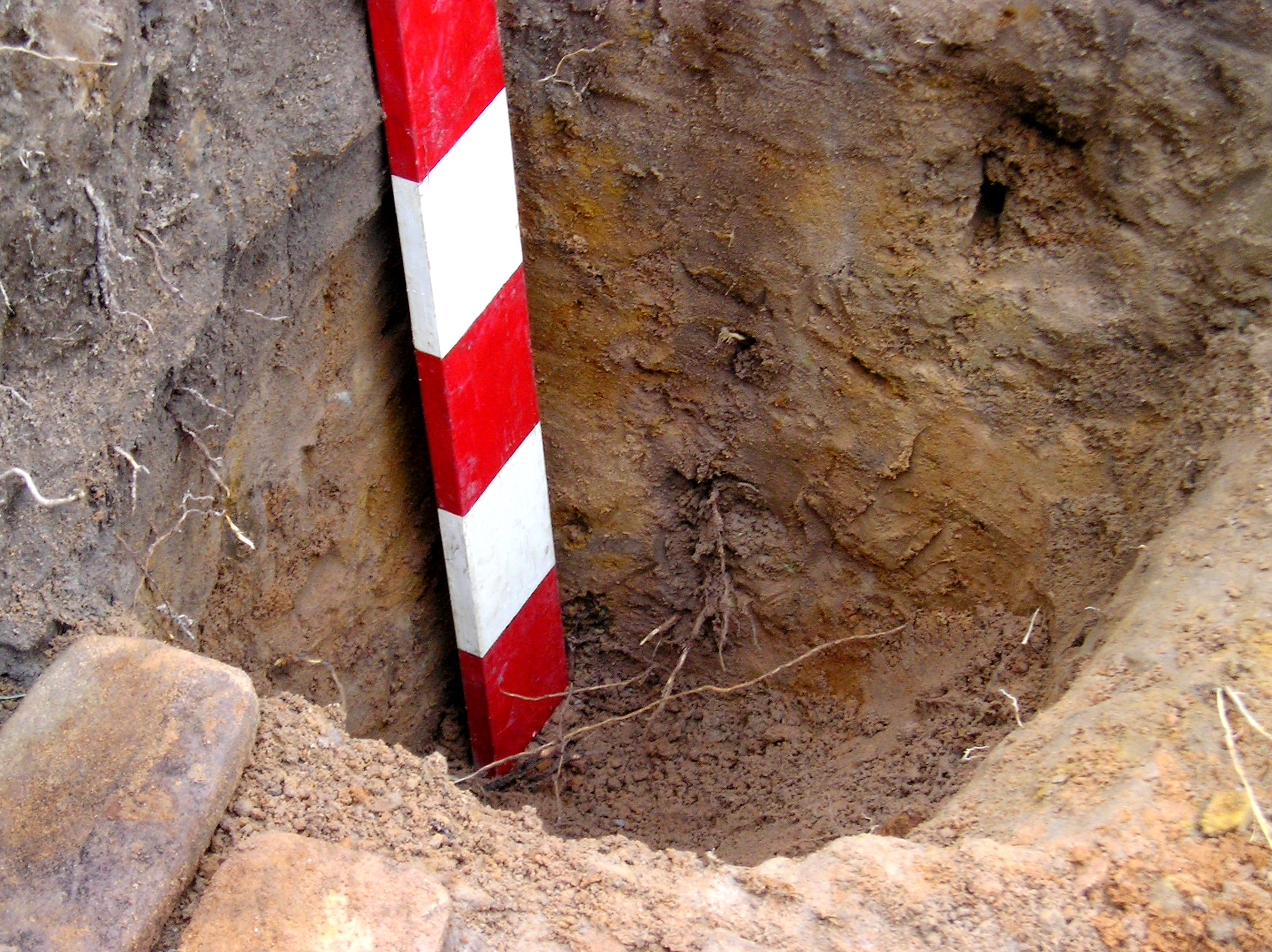 The posthole is revealed 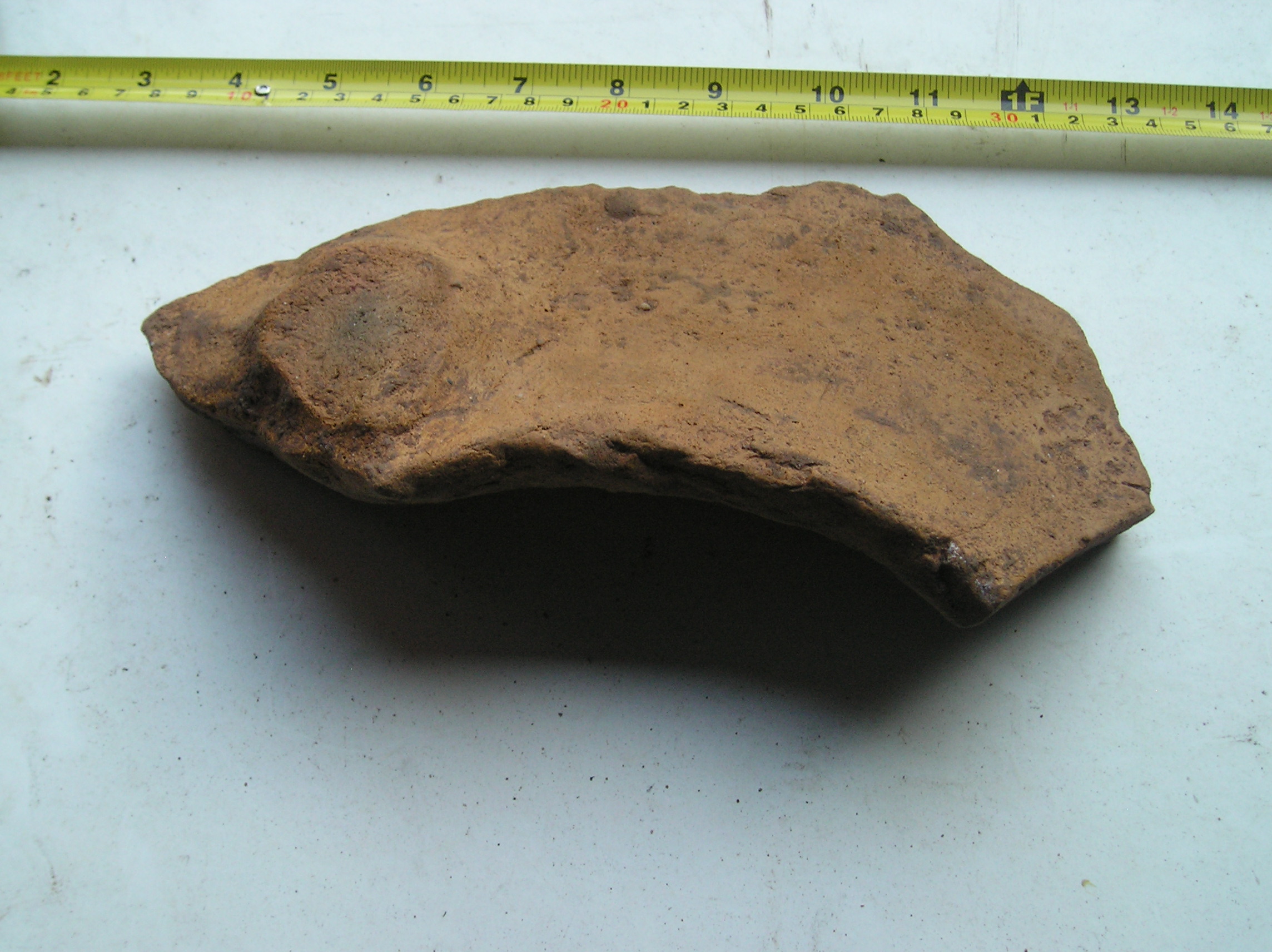 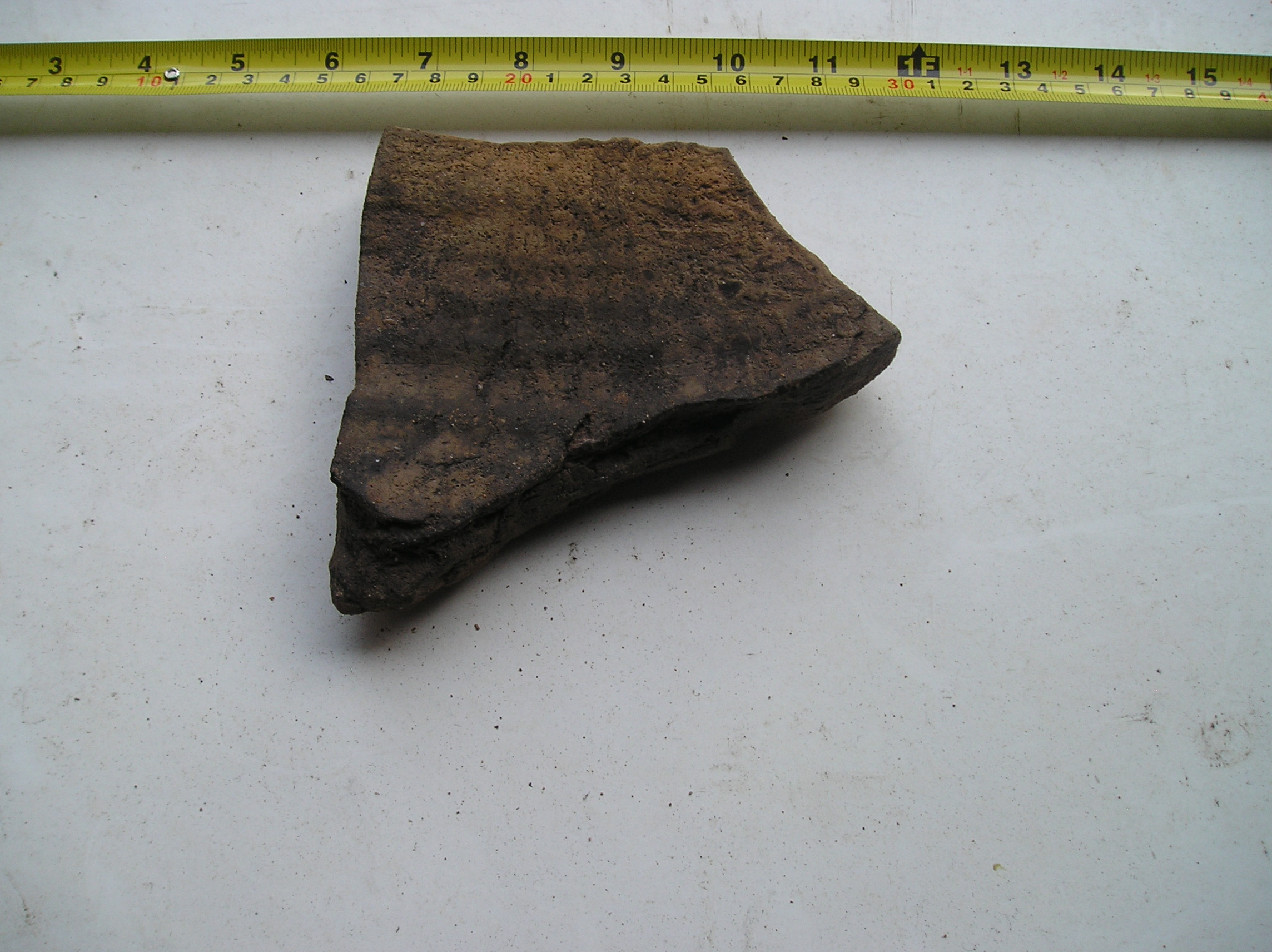 Two pieces of the amphora - the one on the right showing evidence of burning.

Unbeknown to us at the time, another dig had taken place the year before in St. Michael's road.  Oxford Archaeology North uncovered a portion of a Roman bath house.  There had been a spring in that area which might have been used as the water supply for the bath house; an alternative would have been to divert the Dow.  The full report can be read here.